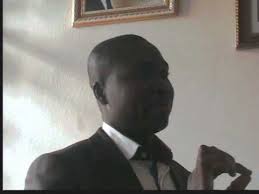 Dr Jeff Bassey, a Human Resource Consultant, has observed that while it was true the job market was virtually clogged, there still were jobs for the career-oriented and self-motivated in vision propelled institutions. Dr Bassey made the observation? when he? spoke to students of tertiary institutions in Ho, including the School of Hygiene, at the first Volta Entrepreneurial Seminar, under the auspices of the Student?s Representative Council (SRC) of the EP University College.

He regretted that tertiary institutions and other colleges were spewing out far more graduates than the job market could cope with.

Dr Bassey said, unfortunately not many of the school leavers looking for jobs had the skills, and were poised to deliver in the few jobs available in the corporate world.

?If the system was not good, make yourself good,? he said, stressing that, ?successful people are ordinary people who decide to do things differently.?

He told the students that success in life was largely deliberate, warning that ?if you leave yourself to chance, you would not like the result.?

Dr Bassey said orientation to work and attitudes were important deciders in getting jobs and progression.

He expressed regret that many young people in Ghana took work too leisurely, while their counterparts in developed countries with even more cogent course structures, showed personal commitments to their professional endeavours.

Dr Bassey counselled job seekers and those already working, to seek further knowledge through short courses and workshops to make the difference that corporate world was looking for.

Mr Jerry John Kotoka, EP University SRC President,? said the seminar was to give the participants, students especially, the skills of job-seeking, job-creation and networking.