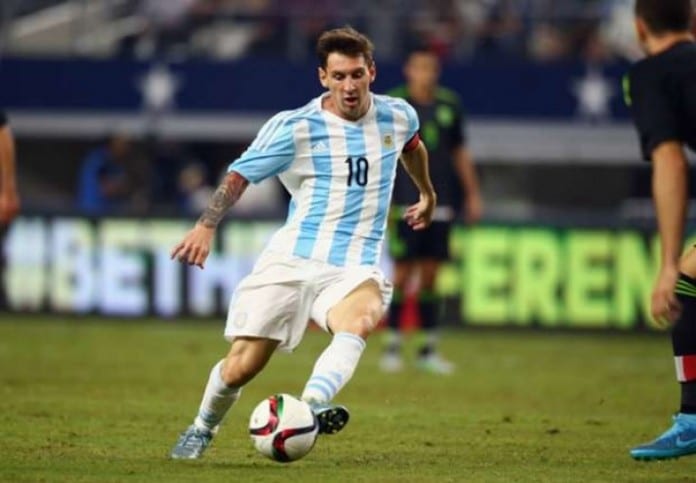 The Barcelona star won his fifth Ballon d’Or in January after a stunning year in which he lifted a treble at club level before helping Argentina to the final of the Copa America.Bilardo stated two months ago that he did not consider the 28-year-old to be the best player ever to grace the game and the 76-year-old, now general manager of the national team, has gone on to explain his standpoint.
“[Alfredo] Di Stefano was a superman. He could begin a play in his goal and finish it in the other. Then came Pele and [Diego] Maradona,” he told Ole .

“Now it’s Messi, but they are different eras.
“I knew Messi would win [the Ballon d’Or], he deserved it. There’s quite a difference between him and Cristiano Ronaldo.

“I put him among the best, but not in history, just of this moment.
“He’s reached his ceiling, he can’t win more than he has, but he has the incentive to win the World Cup.”
Bilardo went on to claim that Messi’s transition to a false nine position earlier in his career was down to his own insistence.

“I said to his father ‘get him away from there and put him in the middle, where all the best play’. We did that for the national team and then Barcelona did the same,” he said.
In his homeland, Messi has been accused of failing to deliver on the biggest stage for his country in recent years, having delivered underwhelming performances in the finals of the World Cup and Copa America.

But Bilardo insists supporters must give him the kind of respect he receives from football fans in Spain.
“He’s one of the best in the world. He has recognition from the world, from his club, and he should have it here,” he added. “I’m not surprised by how he plays, I predicted how important he would be many years ago.
“We have to stop criticising him. He’ll get tired of it one day and not come here anymore.”
Source Goal.com