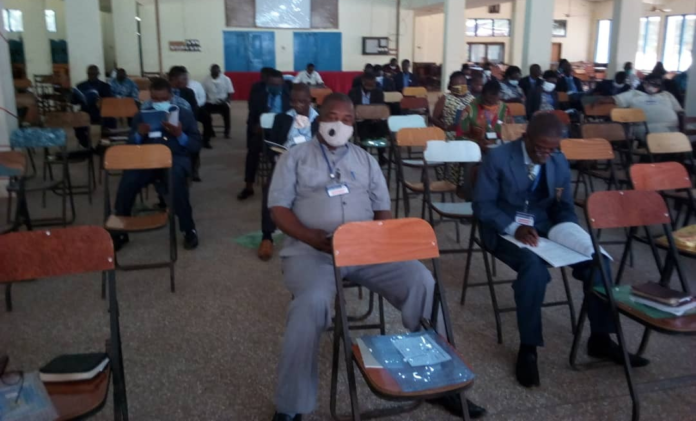 The first delegate’s conference of the National Catechists/Evangelists Union of the Evangelical Presbyterian church, Ghana opened at the Akatsi College of Education in the Akatsi South District of the Volta Region.

The three-day conference, which was on the theme “Improving our gains as stewards through selflessness, integrity and effective stewardship,” is being attended by over 70 delegates from the 15 Presbyteries of the church in the country.

Catechist (Cat.) Sylvanus Yao Anku, President of the Union in his welcoming address called on Christians to exhibit integrity and selflessness in their daily lives to bring change and development in the country.

“We can only build a strong and robust country if we exhibit the virtues of integrity and selflessness,” he said.
He appealed to political parties to conduct their campaigns devoid of insults and mudslinging so as not to throw the country into chaos before, during and after the upcoming general election.

Mr Anku called on all, especially Politicians to be guided by the violence that allegedly happened in parts of the country during the recent voter’s registration exercise not to repeat itself adding “we are all Ghanaians.”

He appealed to Ghanaians to help protect the peace the country was enjoying and desist from all actions that would brew chaos and violence and called on the youth not to allow themselves to be used as tools of destruction by “politicians who are hungry for power and will do everything to achieve their parochial interests.”

Mr Anku appealed to his colleagues to be the wheel and engine that would bring the needed peace, tranquility and growth in their respective communities and the country as a whole.