Members of the Sekondi Premiere Council I and Court 6 Noble Order of Knights and Ladies of Marshall of the Catholic Church have donated items worth thousands of cedis to the inmates of the Sekondi Central Prisons. 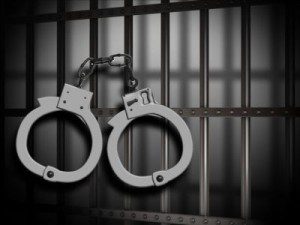 He said following the true teachings of Jesus Christ to share love, the Association annually make provisions to cater for the needs of those who do not have anyone to care for them.

Receiving the items on behalf of the inmates, the Regional Prisons Chaplain, Reverend (CSP) George Akuamoah-Boateng praised the Marshallans and the Catholic Church for the kind gesture.

He also commended the Bishop of the Sekondi /Takoradi Catholic Diocese Most Reverend Bonaventure Kwofie, for his leadership role in the church and also for donating some items including canopies to the inmates.

Reverend Akuamoah-Boateng used the occasion to appeal to the Marshallans and other benevolent organisations to consider donating some benches to Prison.

The inmates later treated the Marshallans to music.