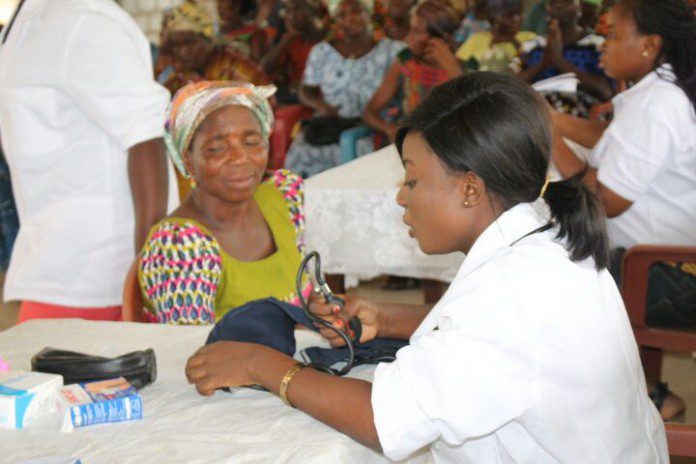 Saint Matthew Catholic Church has offered free medical screening for the aged and sick within Tarkwa and its environs as part of activities to mark this year’s Easter celebrations. 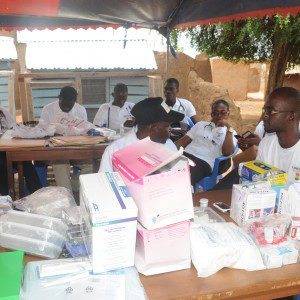 The Exercise, which was patronized by both church members and non-members started at about 0700 hours at the fore-court of the Church at Tarkwa

A medical team comprising doctors and nurses checked the blood pressure and sugar levels of over 100 participants as well as served them breakfast.

Dr. Bernard Aboa, a medical officer in Tamale who led the team, disclosed to the Ghana News Agency (GNA), that most of the patients the team attended to had either high blood pressure or high sugar levels.

He noted that when one is growing his organs become old and therefore it was important for the aged to visit the hospital at least every three months to undergo thorough checkups.

Dr. Aboa said this would help them detect any hidden disease or problem which could be dealt with as early to enable them live a healthy life.

Mrs. Joana Koffie, Vice President of the Church, said in 2004 she instituted a programme called “dry beach on Easter Monday“ and that during such an occasion the Church organized games for its members.

She said as part of the programme, the sick and aged, are brought to the Church for special church service after which the Priest prayed for them.

The Vice President who is also a member of the Saint Vincent de Paul society said this year they decided to make a difference by including the free screening programme to check the health status and well-being of the aged and sick.

She called on Christians to emulate the likeness of Christ by at least sharing the little that they have with the poor and needy within their communities.

The oldest beneficiary, Mr. Frederick Anthony Dankun, who is 102 year-old and Mrs. Belinda Mell, 77 expressed appreciation to the Church for the kind gesture.