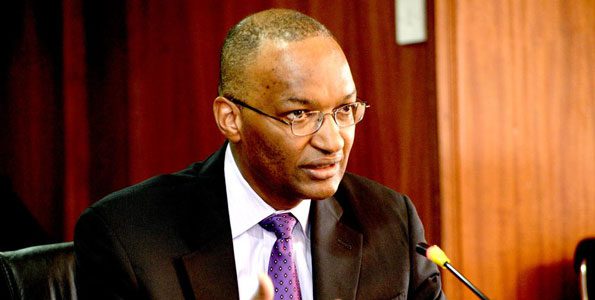 This is after the Central Bank of Kenya (CBK) set the minimum size for foreign exchange transactions on the interbank market at $500,000, which translates to about Sh50 million.

Interbank transactions are transactions done between banks and they often provide a lot of liquidity?increase money supply?in the market.

?Following consultations between the Central Bank and the financial markets professionals association, it was agreed that in order to promote efficiency and transparency in the interbank market, the minimum price for interbank trade be raised to $500,000. Accordingly CBK raised this limit from July 23, 2015,? the regulator said in an email to The Standard.

It also asked banks to maintain a maximum spread of 20 cents on quotes. The shilling has depreciated by over 13 per cent this year, putting intense pressure on CBK to stop its volatility.

Commercial banks left on their own have in the past looked for loopholes in the forex market to make money at the expense of the shilling as was seen in the 2011 free fall of the currency.

As part of the measures, CBK has set a forex exposure limit for banks at 10 per cent. This limits banks from lending or borrowing more than 10 per cent of their core capital at the foreign exchange market.

Kenya Bankers Association Chief Executive Officer, Mr Habil Olaka, who speaks on behalf of commercial banks under the umbrella body, has been unavailable to comment on this story for the past two days. We wanted him to comment the implication of this move to the industry but he said he was in a meeting. Reuters reported that the directive on exposure has split traders on its likely impact, with some saying it would curb their ability to handle large transactions, others that it would not.

The latest measures on a minimum transaction and a maximum spread were contained in a circular to commercial banks dated July 23 and seen by Reuters on Friday. The minimum size of $500,000 may constrain smaller banks from taking positions.

CBK said last week was taking measures to eliminate disorderly market developments after the shilling sank to a new 2-year lows against the dollar. Earlier this week, it asked banks not to exceed the set maximum exposure to foreign exchange of 10 per cent of core capital, at any time during the day.

The banking sector regulator has admitted it no longer has control on what is happening to the currency given that external pressures beyond its control are driving it. However, it is counting on the dividends that the country is set to harvest from hosting last weekend?s Global Entrepreneurship Summit (GES), to help it fight the currency battle.

?There is more confidence and people are placing positive bets. There is foreign currency coming into the market. Hotels were full not just for the visit, but there has been a spillover effect. We couldn?t have done a better job advertising the country to the world,? CBK governor Dr Patrick Njoroge told the Senate committee on Finance, Commerce and Budget on Monday.

Njoroge also told the Senate that the government needed to rein in on its debt and current account deficit to help it stabilise economic fundamentals, including the exchange rate. According to the CBK, the shilling has been weakening due to strengthening of the US dollar against major currencies largely driven by a rebound of the American economy.

The regulator has said at various sittings that the current volatility that has hit the home unit had nothing to do with the way it is managing its monetary policy.

The currency woes have been worsened by the growing import bill that is being driven by the huge machines and inputs being shipped in the country for the ongoing infrastructure projects including the Standard Gauge Railway (SGR).

A poor show in our earnings from export due to a battered tourism industry and falling prices in tea and coffee has also added additional pressures on the Kenyan shilling.

He has implemented various measures among them the rise lending rates to reduce the amount of money in circulation, measures that are yet to have a significant bearing on the shilling. Its bank will hold its next policy monetary meeting next week to set rates, a month ahead of schedule.

Treasury has also left the currency battle to the CBK despite being an important player from the government expenditure side, also referred to as the fiscal policy.

The bank has continued to sell large amounts of dollars to banks in the market, measures that have been shielding the shilling from further slide, but which are not sufficient to deal with the currency woes for the long term.

By Paul Wafula, The Standard

No need to panic about fuel shortage – Senyo Hosi