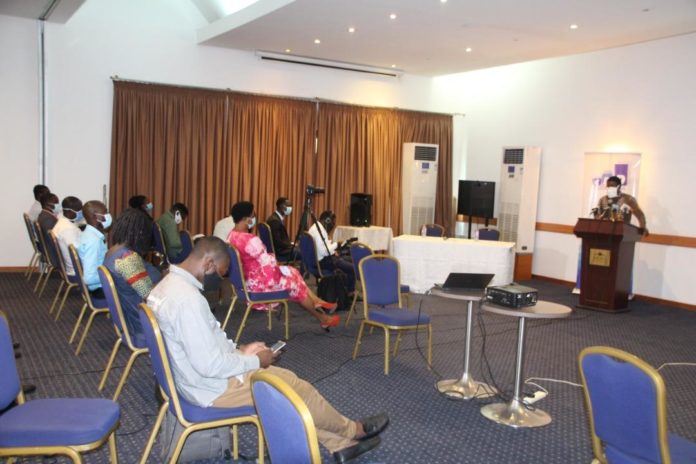 The Ghana Centre for Democratic Development (CDD-Ghana) on Thursday said the success and sustainability of Government’s Infrastructure for Poverty Reduction Programme (IPEP) depends on the extent to which citizens own the projects locally.

At a stakeholders’ engagement on CDD-Ghana’s Interim Report on the IPEP in Accra, the Centre called for citizen engagement on the Programme at the district and community level to enhance their understanding of the issues.

In line with the Centre’s commitment to fostering integrity in public administration and ensuring transparency and accountability, it initiated the “IPEP Tracker” to monitor the implementation of Government’s One Million Dollar per Constituency Programme.

It, therefore, called on the Ministry of Special Development Initiatives to involve community leaders and the sub-districts including assembly and unit committee members in the identification of projects, monitoring and maintenance.

It would be recalled that as part of efforts to reduce poverty in Ghana and promote inclusive growth, the New Patriotic Party (NPP) promised in its 2016 Manifesto to allocate one million dollar to each of the 275 constituencies.

The promise seeks to enhance capital infrastructure provision at the district and constituency levels as a means to accelerate growth, create jobs and reduce poverty, particularly in rural and deprived communities.

Between November 2017 and March 2020, CDD-Ghana carried out three field monitoring exercises at the regional level in 20 selected districts and constituencies.

Its goal was to ensure transparency and accountability in the implementation of IPEP; strengthen the framework and performance of institutions set up to govern the Programme; and ensure efficiency, value for money and good corporate management of public funds allocated to it.

In his presentation, Mr Gilfred Asiamah, the Research Analyst at CDD-Ghana, said among the findings included very low community awareness of the IPEP, as majority of informants in the beneficiary communities reported not being aware that those projects were being provided under the one million dollar per constituency.

He said decisions were usually taken at the national level and the district level by few officials like the Members of Parliament and metropolitan, municipal and district chief executives (MMDCEs) and the use of local labour was very minimal.

Mr Asiamah said the findings also highlighted lack of local content in IPEP implementation, with many of the informants complaining about the fact that the contractors working on the projects were not from the community, with some coming from outside of the region.

Mr Andrew Asibey, Chief Technical Advisor at the Ministry of Monitoring and Evaluation, said though it was important to do a review of projects, the extensive focus on the implantation challenges at the expense of looking at the early outcomes of the various projects was a problem.

He said the Ministry’s rapid assessment of One Village One Dam went beyond February and the interviews conducted indicated that the beneficiaries were appreciating the efforts of government to provide them with water to sustain their agricultural activities.