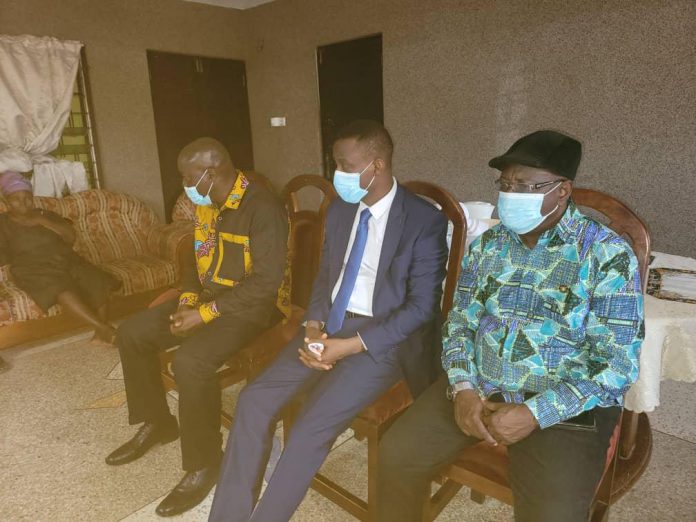 The Chief of the Defence Staff (CDS), Vice Admiral Seth Amoama, has paid a working visit to the Western Regional Minister, Mr Kwabena Okyere Darko-Mensah, to discuss how best to strengthen the security architecture in the region.

Vice Admiral Amoama, until his current appointment, was the Chief of the Naval Staff, where he served meticulously and distinctly.

Welcoming him, Mr Darko-Mensah lauded his contribution to the peace and security of the country and used the opportunity to congratulate him on his new appointment.

The two discussed issues of security in general and how best to strengthen the security architecture in the region.

The CDS later commissioned a 72-bed capacity transit quarters for senior and junior ratings of the Ghana Navy Stores Department in Takoradi.