Air Marshall Samson-Oje paid tribute to all past commanders and officers and staff of the hospital on whose shoulders they had stood to extend the reach of the 37 Military Hospital in the provision of health care.

“High Command applauds the efforts of the Ghana Armed Forces Medical Services in providing medical care for our troops and families and also putting its priorities within government’s development agenda.”

Air Marshall Samson-Oje said he was mindful of the challenges facing health care service delivery in the Ghana Armed Forces medical Service and the importance of addressing them.

He assured the two boards that the High Command is doing all it could to ensure the resolution of those thorny issues.

The CDS therefore charged them to “discharge their duties with dispatch and be guided by the charter underpinning the establishment of their boards.”

According to him the board had been charged to co-ordinate, monitor and promote the activities of the Hospital and the Medical reception stations.

He said the board has to monitor the professional, technical and administrative matters affecting the hospital to ensure financial accountability at all levels of the Hospital.

Air Marshall Samson-Oje implored the board to work to improve health care and turn out quality products from the Nursing and Midwifery Training Institutions.

Brigadier General Ralph Kojo Ametepi, the Director of Medical Services said the 37 Military Hospital had expanded over the years and had now been designated as the National Disaster Hospital with the medical reception stations being upgraded to District Hospitals.

“This has not been without challenges in terms of human resources, infrastructure and equipment among others,” he recounted.

To this end, Brigadier General Ametepi, said efforts are being made to address the human resource deficiency with the introduction of Special medical Intake and direct recruitment of medical personnel to training centres.

He said the Nursing and Midwifery Training School, which started as a training school for orderlies has been transformed into an accredited tertiary institution affiliated to the Kwame Nkrumah University of Science and Technology.

“Plans are far advance for the school to offer degree programmes. The new board has the task to ensure that the dream of having a degree awarding institution becomes a reality,” Brigadier General Ametepi said.

Rear Admiral P.K Faidoo, on behalf of the two boards thanked the CDS for giving them the opportunity to serve.

He recounted that the stride achieved by the 37 Military Hospital had not come by chance rather through hard work and dedication.

He said the boards would work as a team and carry out their task assiduously to achieve the vision of the Hospital. 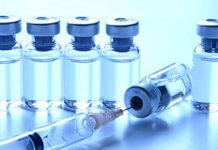 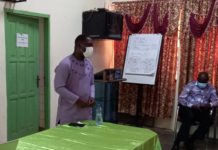