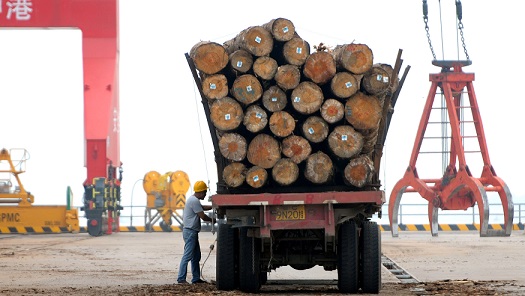 Exportation of timber logs from communities in Central African Economic and Monetary Community (CEMAC) and Democratic Republic of Congo (DR Congo) will be suspended from Jan. 1, 2022, a Cameroonian official said on Wednesday.

Cameroon’s Minister Delegate to the Minister of Economy, Planning and Regional Development Paul Tasong said that the decision was reached during a virtual meeting of ministers of forests, industries and environment of the CEMAC and the DR Congo.

“January 2022 has been maintained as the date for the suspension but at the same time we have approved a transitional period of one year during which the various governments will revise their internal rules and regulations to be able to meet with the constraints that come with that decision,” Tasong told reporters in the capital Yaounde after the meeting.

The decision was taken as a measure to improve the industrialization of the wood sub-sector in a bid to contribute to the GDP of CEMAC member states, Tasong said.

Officials said that the move will create jobs and empower actors in the sector by diversifying its scope. Enditem