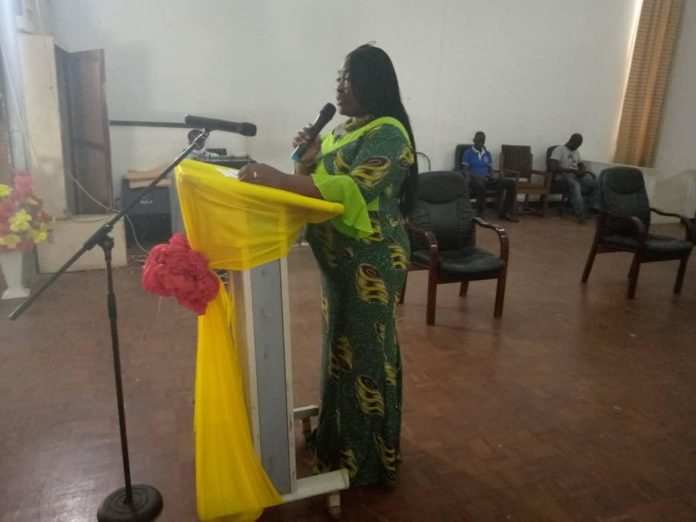 The Central Regional office of the Department of Gender has marked this year’s International Day of Girl Child with a call on stakeholders to collaborate and fight for an equal and secured nation for boys, girls, and the generation unborn.

Challenges such as gender inequality, equity, sexual and gender-based violence, teenage pregnancies, child marriages, domestic violence, and abuse of women were still confronting girls and women and needed to be curtailed.

Mrs. Thywil Eyra Kpe, the Regional Director of the Department of Gender, who made the call said it was regrettable that the Region was recording several cases of issues confronting women and girls.

The year’s celebration themed: “My Voice, our Equal future” was organized by the Department of Gender in collaboration with the Regional Coordinating Council(RCC) with funds from the United Nations Population Fund (UNFPA) and supported by International needs, Ghana.

She said one measure that could be adopted to tackle the menace of child marriage, teenage pregnancies, and among others affecting the girl child was through investing in the adolescent girl’s education.

The Regional Director, therefore, urged parents to educate their wards to ensure that girls were empowered on their rights and future development to help break the discrimination and dehumanizing against females.

She cautioned girls not to be insolent and disrespectful because they have been empowered and educated, but to help support the country in achieving the sustainable development goals.

”Having a voice doesn’t mean being insolent, disrespectful but be assertive and know when and where to add your voice to national development”.

It attracted stakeholders, including the National Commission for Civic Education, the National Youth Authority, Commission of Human Rights and Administrative Justice, students’ from second cycle institutions and pupils at the basic school levels, teachers, media, and parents among others.