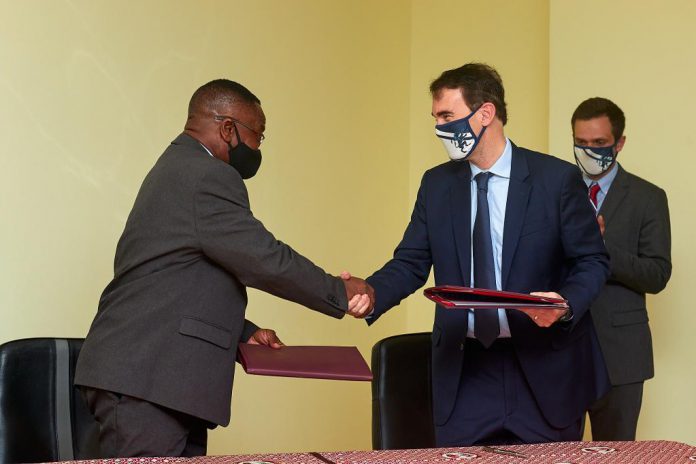 As part of the agreement, qualified students from selected programme would complete two years at Central University and matriculate to Gordon College, USA for another two years to obtain a Gordon College degree.

Professor Bill Buenar Puplampu, President of Central University, explained that at the signing ceremony that such collaborations would strengthen the two institutions and open up opportunities for both faculty and students to advance their careers.

Prof. Puplampu indicated that the two institutions would collaborate in many ways including sending students to Gordon, having research partnerships, and having faculty exchanges.

In that regard, he said this was not an attempt to import a foreign degree, but a collaboration that would enrich the performance of both institutions.

“We would rather that a private tertiary institution here in Ghana don’t simply say we are running a foreign degree, no. Come into partnerships, get into some mature arrangements that arise from a certain level of equality; that is where we should be heading,” Prof. Puplampu explained.

Dr. Michael Lindsay, President of Gordon College, in an interview with the Ghana News Agency on the side-lines of the signing ceremony, said, “We believe that Ghana is the promising hope of Africa’s future and we are excited for the chance to partner with Central University, a flagship institution in the global work of Christian higher education”.

Dr. Lindsay said there had been many wonderful ties between Gordon College and Central University already, “we are looking forward to deepening those strategic partnerships in the years ahead.”

He was excited about the opportunity to draw talented students to complete two years at Central and two years at Gordon in completing their undergraduate degree.

“Gordon has been committed to educating global leaders for over hundred years and we are excited about the future,” he added.

Dr. Lindsay said “we are bringing a world class education within the reach of central students and that’s so exciting.”

The split-side programming will commence effectively by September 2021 and would involve Bachelor of Science degrees in Business Administration, Finance, Accounting and Economics, Computer Science, and Psychology.

Central University and Gordon College are both Christian universities with the focus on raising ethical leaders influenced by the word of God.