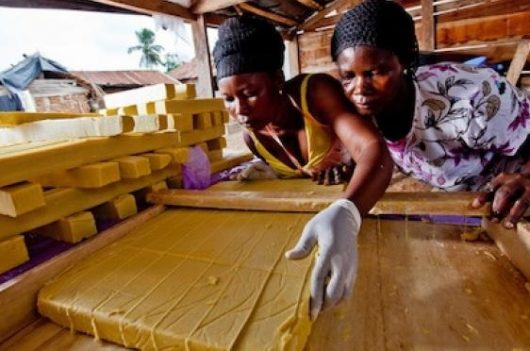 He said it is normal to expect most of the small and medium enterprises (SMEs) in any country to be owned and run by natives, however, there’s also an emerging trend where natives are beginning to own respectable shares in multi-national companies (MNCs) operating in their respective countries.

“This is because MNCs are very crucial in any society and as a matter of fact most SMEs revolve around them and would not survive if these companies or corporations cease to exist,” Mr Nyinaku said on Wednesday at the fifth Ghana Economic Forum in Accra.

The two-day forum, which is being organised by the Business & Financial Times (B&FT), is on the theme: “A Ghanaian-owned economy — setting the agenda for achieving it.”

The theme was chosen to reflect the increasing need for more high-end jobs and investments in the economy that would keep monies home, even as foreign direct investments takes its share away.

Using statistics to support his claim, Mr Nyinaku cited Toyota of Japan; stating that about 20 million people representing almost 16 per cent of the population of Japan had their livelihood connected to the existence of Toyota.

“Now, the sheer numbers of lives that are impacted by these companies alone have turned them into micro–economies within their country’s larger economy,” he said.

On why can’t we have MNCs in Ghana, Mr Nyinaku explained that the folks who could make it happen – either knowingly or unknowingly are waiting for it to happen by natural occurrence.

He said for the private sector, which is the engine of growth of the economy to thrive into MNCs; government must go beyond creating the enabling environment by giving them the needed support.

“By creating the environment, small companies like mine would thrive and find our level. We would be able to provide livelihood and economic opportunities to a few thousands of individuals but that’s where it ends…and I’d explain this soon,” he stated.

“You don’t have to expect BEIGE Capital to organically grow into becoming Ecobank, just like that. It doesn’t happen.

“A company like Ecobank was created into being by forces of greater influence. Same can be said for others like Dangote, GLO, UBA and the like,” he added.

“Without this, if you are waiting for such monster companies to emerge through organic transformation then we would be waiting for a long time,” he said.

Mr Nyinaku founded BEIGE Capital, in 2008, after a successful career as a professional accountant for 10 years.

As CEO, he has nurtured the growth of BEIGE Capital from its inception to its current status as the leading Savings and Loans Company in Ghana.

Mrs Edith Dankwa, the CEO, B&FT, said coming from the battering of a three-year energy crisis, hyper-inflation, the most depreciating currency on the continent and heavy borrowing by government, Ghana was now in a mixed zone of pessimism and optimism.

“With the International Monetary Fund stabilizing the currency and putting in place measures for growth which include the taming of the twin-deficits, Ghana is not only poised for stability but sustained growth,” she said.