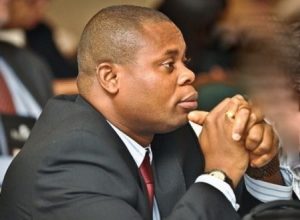 Ports and Harbours journalist, Samuel Agyeman reports that ‘’The Vice-President, Dr. Bawumia has just announced 3 major policy ideas which are expected to improve port efficiency in Ghana. These are essentially;

(1) From 1st September, 2017, there should be mandatory Joint inspection at Ports. This is a departure from the situation where about 16 agencies inspect imported items and extort from importers.

(2) From 1st September, 2017, Ghana is going 100%paperless at all of its Ports. This will ensure electronic ways of transacting in the Port and eliminate physical contact with revenue officers.

(3) From 1st September, 2017, All Internal Custom Barriers including Customs Barriers on the corridor should be removed. This will clear all the barriers on the Ghana transit corridors, from Tema to Paga, Aflao, Hamile, Elubu and so on.’’

These are very bold steps towards facilitating trade and the Vice-President and government must be commended for initiating them.

However, while mandatory joint inspections are necessary, we must be mindful not to let port and custom officials become overzealous and negatively affect the turnaround time for handling cargo. In fact, we should also insist on reducing container traffic at our ports through investing in proper rail infrastructure that connects the ports to mid portions of the country (boankara inland port comes to mind). It does seem the previous government was badly advised to expand or build a new port at Tema when in actual fact what should have been done was the construction of railways to help decongest the port faster re cargo handling.

Secondly, while removing internal custom barriers on trade corridors are a good thing, we must be able to enhance monitoring of goods in transit to ensure that they are not repackaged and sold in the country. It is important for custom officials to demand that all goods in transit to other countries are containerised and tracking mechanisms embedded in them to prevent their over stay on our roads and within borders for more than 14 days and crucially to avoid ‘re export’ into Ghana without paying the requisite taxes. What is worse these goods in transit are insured by the State’s Insurance Company, so if they go ‘missing’ government pays the insured sums.

Thirdly, we must thoroughly re-examine our custom bonded warehousing facilities for handling goods until they are finally taxed. Between when goods leave the ports into these warehouses and when they finally leave, a lot of grievous tax fraud is committed against the state. A constant complaint is that bonded warehouses overstate their capacities for handling cargo and keep same for perishables much longer than their shelf lives all in a bid to sell within Ghana when they were originally meant for other countries. In one instance, a range rover whose duties had been well captured by the GCNet eventually left a custom bonded ware house for less than Ghc 10,000. Someone is reported to have imported a Lamborghini into the country and paid ZERO tax.

Finally, I will add that we should also be interested in a major area of revenue leakage in Ghana.
Valuation of imports and exports. There are reports of valuation errors, especially from West Blu’s quite frankly needless secondary valuation as GCNet with demonstrable efficiency has historic data of goods and can identify underpricing by importers. Imagine instances where 30,000 packs of mid value mobile phones are valued at Ghc 2 per handset only for custom officials to negotiate with their eyes and settle on Ghc 5 per one handset. Assuming the true cost of each handset was Ghc 200, that is Ghc 5.9m of taxable value lost to the state.
There are reported instances where major export commodities from Ghana had never been inspected let alone assessed for taxation purposes. There is more. A lot must change if the current government is to realise its goal of increasing revenues by 34% in 2017.

To demonstrate IMANI’s commitment to helping achieve the government’s goals, we are studying the importance of port performance benchmarks globally in facilitating trade competitiveness and revenue mobilization in Ghana. We are collecting data on all the key performance indicators used in accessing port efficiency, whether it is operational, financial or human resource.

IMANI is also reviewing and assessing the trade regime in Ghana, trade partnerships and how Ghana has leveraged these partnerships to gain access into the global market and benefit from it.

IMANI: The Dangerous Games of the Electoral Commission