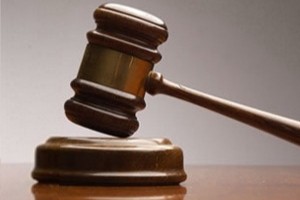 Article 195 of the Constitution of Ghana, gives the power of appointments of persons to hold or to act in an office in the public services to the President. This, the president is expected to carry out in accordance with the advice of the governing council of the service concerned given in consultation with the Public Services Commission.

However, there is no requirement under the law for the Chief Executive to either have experience or knowledge of the industry. The National Petroleum Authority Act, 2005 (Act 691), Section 48, outlines the appointment process and roles of Chief Executive Officers appointed by the President. In this section, the chief executive officer must be a member of the board of the National Petroleum Authority (NPA).

Also he or she shall be responsible for the day to day administration of the affairs of the Authority and shall ensure the implementation of the decisions of the board. He or she is mandated by law to delegate a function to an officer of the Authority but shall not be relieved from the ultimate responsibility for the performance of the delegated function.

At the Petroleum Commission, the Chief Executive shall hold office on the terms and conditions specified in the letter of appointment in accordance to the Petroleum Commission Acts of 2011, Act 821. The law also specifies that he or she should be a person of high moral character and integrity with the relevant qualifications and experience related to the functions of the commission.

The Ghana National Petroleum Corporation is the mother oil state agency. Appointments of its managing directors and chief executive officers are strictly done by the President on the advice of the minister given in consultation with the Public Services Commission. Criteria for appointment under Section 6 of the Ghana National Petroleum Corporation 1983, PNDCL 83 states that the appointee must be a citizen of the country. It further states that the person must be someone who has not been sentenced to death or to a term of imprisonment exceeding 12 months.

Also, he or she has not been convicted of an offence involving dishonesty; he or she has not been declared an insolvent or a bankrupt under any law in force in Ghana and is of sound mind. All persons appointed as Chief Executive Officers hold office for a period of 5years upon the terms and conditions specified by the President in its instrument of appointment and may be re-appointed for a further 5years.

Again in Section 10 of the PNDCL 83, the managing director may by writing addressed to the President resign the appointment by giving 6 months’ notice.

New CEO’s under the Akuffo-Addo Administration
After the sworn-in of the President, the country witnessed the dismissal of the Tema Oil Refinery Boss, the National Petroleum Authority and the Petroleum Commission. Others with the likes of Mr Sipa Yankey, the Chief executive office of the Ghana Gas Company resigned as bosses.
Currently, the National Petroleum Authority is headed by Mr Hassan Tampuli. Furthermore, Mr Kwame Awuah Darko, Managing Director (MD) of the Tema Oil Refinery (TOR) who assumed his position in June 2015 is currently being replaced by a new Mr Isaac Osei.
Dr Ben K. D Asante has been appointed the Chief Executive Officer(CEO)of the Ghana National Gas Company following the resignation of the then CEO, Dr. George Sipa-Adjah Yankey. The lucky CEO of the Petroleum Commission is still in charge of regulatory affairs at the Commission.