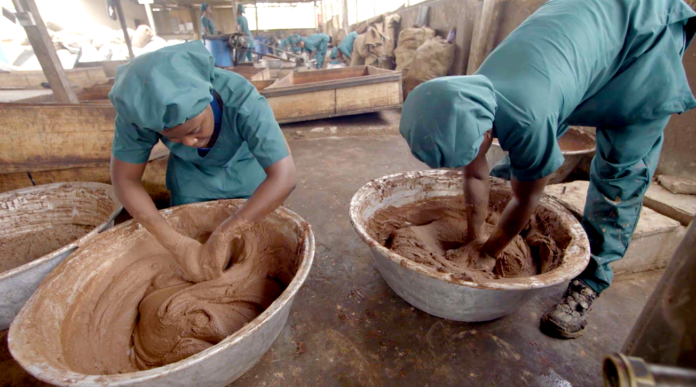 Chache Women’s Group, which processes shea butter for the local and export markets, is to benefit from a GHC2.5 million initiative to improve and expand its operations.

The group, based in the Bole District of the Savannah Region, would be supported to purchase and install agro-processing equipment, capacity building in operation and maintenance of the machinery, and coaching on marketing techniques to ensure appropriate market linkages.

A Memorandum of Understanding (MoU) to that effect was signed between the Chache Women’s Group and the Ministry of Food and Agriculture (MoFA) at Damongo to pave way for the initiative.

Mr Eric Hudson Asamani, Director, at the Department of Agriculture, in the Savannah Region, signed the MoU on behalf of MoFA, whilst Madam Salla Amankwa, Chairperson of Chache Women’s Group, signed on behalf of the group.

It is being spearheaded by the MoFA, and the Ministry of Local Government and Rural Development with support from the Global Affairs Canada.

The support from Global Affairs Canada formed part of the Modernising Agriculture in Ghana (MAG) programme meant to consolidate the efforts of the WFBOs towards adding value to their products for export and local markets.

The initiative is expected to contribute towards the achievement of the 2030 Agenda for Sustainable Development Goals and the Ghana Government’s Investment for Food and Jobs objectives.

He expressed the hope that the initiative would help alleviate poverty, empower the women economically, stop young girls from moving down south for head porterage and promote society’s well-being.

He advised the Chache Women’s Group to work to be a model group worthy of emulation by other women’s groups in the region to also benefit from the initiative to improve their lives.

On his part, Mr Asamani said the initiative would nurture micro and small enterprises to grow into big enterprises to contribute more to the national economy.

Mr Asamani spoke about the importance of adding value to produce, saying “If you add value, you are creating jobs for the youth and you will also be earning profits at the end of the day, preserving the shelf life of produce under the Planting for Food and Jobs programme. That is the reason for these micro enterprises.”

He, therefore, urged other vibrant WFBO to show interest and apply for support under the initiative when the next application window opened.

Madam Amankwa, who spoke on behalf of the group, said the group members produced a bag of shea butter daily using their bare hands and that the machine would help them to produce five bags daily.

She expressed appreciation to the government for the initiative, which she emphasised would significantly expand their operations.