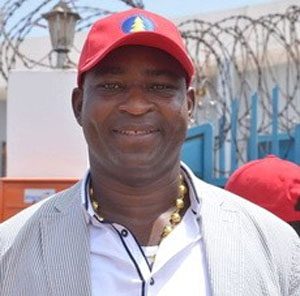 The Ashanti Regional NPP Chairman, Mr Bernard Antwi Boasiako, alias Chairman Wontumi, has vowed to defend the collective interests of Ghanaians. In so doing, some people in Ghana who feel they are too rich and too strong enough for Chairman Wontumi to cross their path have taken him on. One Ibrahim Mahama, President Mahama?s younger brother, whose purposive action probably contributed immensely to the collapse of the Merchant Bank as it is very obvious to all discerning Ghanaians, has caused the arraignment of Chairman Wontumi.

Refusing to honour one?s terms of loan arrangements and payments, while the borrower is still heavily loaded , having both immovable and movable properties all over Ghana, but without the lender able to confiscate them in payment, due to the borrower?s political connections, is criminal.

Whoever acquires their wealth through such means, can be said to have obtained their wealth illegally. What then is wrong with Chairman Wontumi honestly saying so to brother Ibrahim Mahama, aliases Pepeni No. 1 & Pepeni No. 2 that he is riding high and extravagantly on Ghana?s money?

It hurts to tell the truth, but in the end, it brings comfort. Why are the few powerful ones in Ghana with dubious access to taxpayers? money think they can use same money to intimidate us when we dare question their morality and source of wealth?

They threaten to sue those raising questions about their means of acquisition of wealth. Unfortunately, in most cases, our well known corrupt judiciary are induced financially or politically to side with these people I preferably call them clever criminals who brazenly commit repugnant acts with impunity in broad daylight.

Do we sit by doing nothing, for Chairman Wotumi to suffer alone under the hands of such criminals when he raises the alarm, but subsequently falls into their cunning trap by which they always seek to silence the public? No, we should not, hence writing to express my support for him.

Let us rally behind him in whatever form and shape that we are capable of. Our failure to do so will forever encourage the modern day Ghanaian hardened political criminals to take us for fools, intimidate us, and deplete the coffers of Ghana as and when they want.

What sort of soft touch people are Ghanaians that they sit down unconcerned when few rogues continually toy with their lives and destiny?

Additionally, Dr Kwadwo Afari Gyan, the Chairman of the Electoral Commission, has again started his shows of arrogance, despotism and obstinacy that landed Ghana Election 2012 in Supreme Court. He is determined to repeat similar mistakes that culminated in Election 2012 becoming subject to court determination and incurring the Supreme Court public condemnation and international ridicule.

Chairman Wotumi has taken him on. Afari Gyan feels he is an old man and must obligatorily be accorded respect by Chairman Wontumi, who can well be younger than his (Afari Gyan?s) children. He is taking Wontumi to court in the hope of silencing him.

Afari Gyan is displaying the Ashanti regional voters register while students claiming to have become victims of fraudulent double or multiple registrations are at school. How can they verify the mistake? Why should Afari Gyan not do so when students are on holiday? Is Wontumi wrong to challenge him on this issue which common sense, will decide it in favour of Chairman Wontumi?

I shall support Chairman Wontumi to fight these two mentioned persons. We should not sit down looking on with nonchalance while they intimidate Chairman Wontumi. If we allow them to have their way, they will always do acts that inflict psychological, ruinous economic and financial injuries, electoral damage and many other ills on Ghanaians.

Let us join hands with this young man called Chairman Wontumi to fight the ills in perpetration and perpetuation to the detriment of the collective interests of Ghanaians by a few rouges in Ghana.