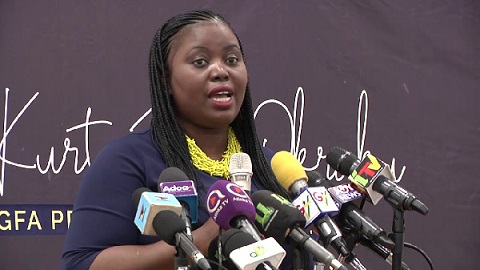 Ms. Hillary Boateng the Chairperson of the Women’s Premier League (WPL) Committee, has called on referees to be fair in officiating to prevent violence at the league centres as the 2020/2021 Women’s Premier league (WPL) commences on Saturday, January 16, across the country.

As the WPL starts this Saturday after a nine-month break following the global pandemic, the elite clubs have been in an intensive training and preparation in a bid to qualify for the maiden Confederation of Africa Football (CAF) Champions league this year.

Ms. Boateng told the GNA Sports that she expected a non-bias officiating from the referees to prevent cheating and also to curb violence at the league centres.

She said, her committee received reports of bad officiating from clubs but she is convinced the referees would do well this season.

Ms. Boateng added that, with the level of preparation and readiness ahead of the season, she believes the league would be competitive and exciting as players would be chasing national call-ups in the various teams for international assignments.

She wished the 16 premier league clubs the best of luck and assured fans that, the safety Covid-19 protocols would be in place to ensure safety at the league centres.