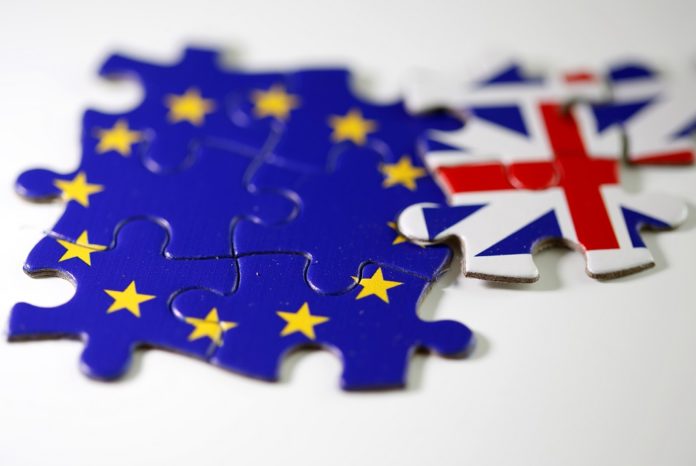 Challenges lie ahead for both the European Union (EU) and Britain following the inking of a long-awaited deal laying out how the two sides would manage their future relationship starting 2021.

Eleven months after Britain announced the departure from the EU, the pair reached a deal featuring a zero-tariff and quota arrangement, which regulates their future relations regarding trade, fishery and security, among others. “This is the first time the EU has ever negotiated a free trade agreement in a context of divergence, not convergence,” commented Michel Barnier, the European Union (EU) chief Brexit negotiator.

The EU turns a new page of the European integration project as it enters the year of 2021 with Britain not belonging to the bloc any more, demographically, politically and economically.

British Prime Minister Boris Johnson and Brexiteers cheered for the regained sovereignty. On the other side of the English Channel, an EU press release said the deal that provides a solid basis for preserving the “longstanding friendship and cooperation” nevertheless reflects the fact that Britain can “no longer enjoy the benefits of EU membership or the single market” it used to have.

A graphic by the European Commission illustrated that Britons only kept two of a score of privileges, namely the free trade in goods and visa-free travels under 90 days, but lost the rights from visa-free travel beyond 90 days and pet passports to removal of border checks and access to Erasmus.

While the last minute effort by both sides to secure the agreement avoided the much feared no-deal scenario and created stability and predictability for traders and consumers, one has to admit that the separation is always worse than a union with the Britons on board.

Observers believe the divorce will have heavier economic toll on Britain than the remaining 27 EU member states, but it is certainly not something to celebrate for either side.

Without Britain, the EU will have a weaker economy and smaller single market. Barnier told French newspaper Le Figaro three days after the post-Brexit deal was sealed that “it is a failure for the EU” to lose a member of 67 million inhabitants, “with a dynamic defense, foreign policy and economy.”

The former French fishery minister also believed that Britain “will find itself alone in the global competition” against competitors like the United States. “Brexit is a mutual weakening,” he said.

The implementation of the agreement alone will be no easy job for the EU side either, as many issues including trade in services, foreign policy and defense cooperation remained largely uncovered in the deal, not to mention the border bureaucracies and habit change for fishing fleets.

The two sides will have to resume talks whenever issues arise concerning the governance of the agreement. According to the European Commision, a Joint Partnership Council is established to make sure it is properly applied and interpreted.

A Bloomberg article noted that “intense discussion will be needed whenever the EU or the UK change their economic regulation in a way that either side believes puts it at a disadvantage,” and all this kind of matters would mean “more talks,” the difficulties and results of which would remain to be seen.

What’s good for the EU, analysts believe, is that the free trade agreement with Britain, together with the EU-China investment deal announced last week, has tested the solidarity and strategic autonomy of the pan-Europe union.