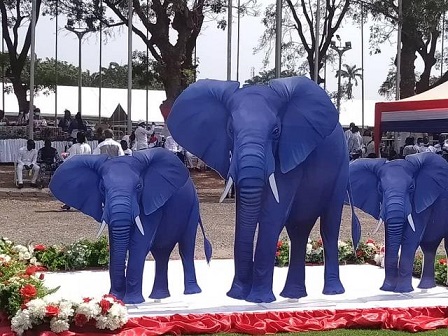 Odeneho Kwaku Appiah, an aspirant of the Ashanti regional chairmanship position of the New Patriotic Party (NPP), has called for an effective change in the leadership of the party in the region.

Effective leadership, he said, was the only way to reposition the region firmly as the stronghold of the NPP and regain its electoral votes, which had always been the pivot of the party’s victories in elections.

Speaking in an interview in Kumasi, Odeneho Appiah pointed out that the party could not break the eight-year rule cycle with the present state of affairs in the Ashanti region.

He said the electoral fortunes of the party in the region had badly dwindled in the last two general elections because of bad leadership and an ineffective approach in resolving issues at the grass-root levels of the party.

Odeneho Appiah said the rising incidents of party members standing as independent candidates in the 2020 parliamentary elections should be a great concern to all loving members who wanted to see a united front in the party in the region.

He said it was very worrying that the Ashanti region was losing many votes to its main contender, the National Democratic Congress (NDC).

Odeneho Appiah, who is the current chairman of the Afigya-Kwabre South of the party, pointed out that while the NPP’s electoral fortunes were going down in a region considered to be its main pillar, that of its rival, the NDC was going up.

Supporting his claims with statistics, he said NPP lost five parliamentary seats in the last elections in the region.

Again, while the NPP’s votes in the Presidential elections increased in the 2020 elections with a little over 100,000 votes, that of NDC increased more than 200,000 votes.

He said over three million people registered as voters in the Ashanti region in the 2020 elections.

However, more than 500,000 of the people failed to vote in the region which is the stronghold of the NPP during the elections.

This, he said, seriously affected the NPP in the 2020 elections and that gave much concern to all members to worry about.

Additionally, he said over 34,000 spoilt ballots were counted in the region during the 2020 general elections.

Odeneho Appiah pointed out that all these happened in the region due to frustrations, apprehensions and disappointments by some members of the party who became aggrieved and, therefore, decided not to care about what happened to the party.

He said it was time all these aggrieved persons were brought back into the party and worked together to reposition the party to take its rightful place.

Odeneho Appiah said he desired to see all party faithful, past leaders and others, who had been sidelined and prevented by the current regional leadership, come back to contribute to the rebuilding of the party in the region.

He said when given the mandate he would work to bring everybody on board to work together to win more souls for the party to enable it to break the eight-year rule cycle.