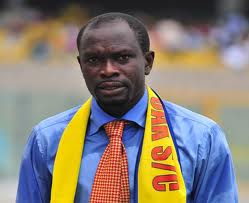 According to Rubie, the First Capital Plus League is not generating the requisite quality of players worthy of consideration for the Black Stars.

His comments have ignited a debate on whether Rubi was stating the obvious with only two goalkeepers who ply their trade in the Ghana league making the 24 man squad for Ghana?s all-important 2017 AFCON qualifier against Rwanda on September 5th.

But Akunnor who is a former skipper of the national team and now head Coach of Dreams FC says he is certain there are players in the Ghana league that can represent the nation.

?I am very certain that there are players in the league that can play in the Black Stars,? Akunnor told Accra based Citi FM

?I admit that there is much to be done but we certainly have the players to be able to represent the nation.