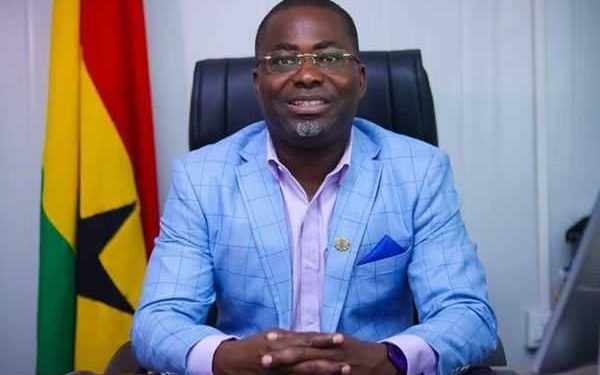 Breaking the eight (8) – the ruling New Patriotic Party must have a formidable National Executives team which will have to make things easier for the next flagbearer.

Whiles momentum is gathering for their internal election, names have popped up for various positions to be contested.

The General Secretary position which has been a keen contest over the years will again be tougher with names like Charles Bissue popping up as one of the main contenders for the incumbent, John Boadu.

A survey conducted by one NPP die-hard member on Facebook has tipped that the former Presidential Staffer, Charles Bissue to be the next chief scribe for the ‘Elephant’ party.

The NPP Western Regional Secretary seems to be the favourite of the masses who claimed the party will break “The 8 with Sir Charles Bissue as the GS of our party NPP.”

The survey saw Mr. Bissue leading the polls with an overwhelming comment.

“This time around the GS is coming to the Westside. The best comes from the west. The Name is Sir Charles Bissue the eye of the west for GS.” Royal Gabby commented

Charles Bissue was the Secretary to the Inter-Ministerial Committee on Illegal Mining (IMCIM).

The IMCIM was established in 2017 by the Nana Addo administration to sanitize and curb illegal mining activities in mining communities across the country.

The committee undertook a lot of sensitization activities in various mining communities on the impact of illegal mining until the unfortunate incident when he was captured on camera allegedly taking money to influence office decisions.

Years after – a police report cleared Charles Bissue of no wrongdoing.