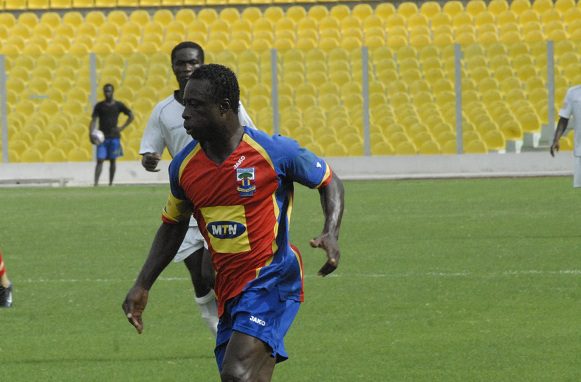 Charles Taylor says he will not return to active football

The 33-year-old has been ordained as a pastor in a local church in Ghana after hanging his boots.

Taylor, who last played for Berekum Chelsea in the Ghanaian top-flight, was looking to rejoin a club to revive his career.

But he has famously revealed he will not return to active football again though admits he can’t stay away from football forever.

“I still play football, but not with any Club. As you are aware I have been ordained as a pastor now but that doesn’t mean am totally out of football,” he told Ghana Sports.

I will say am not actively involved in football, for now I will say I play for fun. I play for the love of the game,” he added.

Taylor rose to fame on the Ghanaian scene after getting entangled in a protracted contractual fuss between rivals Hearts and Kotoko – a case which cost the Porcupine Warriors almost $27,000 in 2005 in compensations.