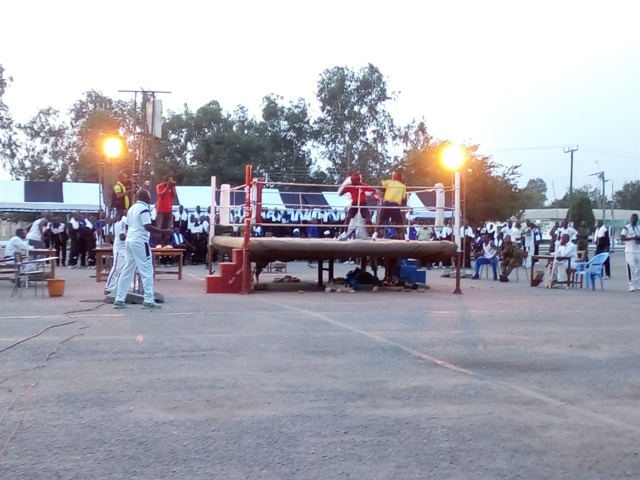 The recruits were grouped into three companies- Charlie company, Bravo company and Alpha company for the competition.

At the end of the three day competition Charlie company pulled 110 points, with Bravo having 108 points while Alpha got 100 points.

The bouts for the competition were Bantamweight, Lightweight, Middleweight, Heavyweight and Super Heavyweight.

They were presented with trophies, certificates and medal.

Colonel John Agyakwah, Director in Charge of Defence, Industries and Department at the Ghana Armed Forces, commended the recruits for exhibiting bravery, determination and endurance through the competition.

He said the competition was part of the training modules to test the physical fitness and combativeness of the recruits.

Col Agyakwah noted that the objective of the training was to turn out well trained highly motivated, physically and mentally tough soldiers capable of undertaking any task when called upon by the Command.

He said the training was to provide the recruits with the basic skills for self-defence in the execution of the challenging tasks ahead of their careers as soldiers.

Col Agyakwah advised them not to use the boxing skills to bully and intimidate innocent civilians but to protect themselves when attacked in order to save the image of service.

Lieutenant Colonel Worlanyo Agbebo, the Commanding Officer, Army Recruit Training School, Shai Hills said the recruits were 450 but had to reduced to 439 because nine were released due to the injuries they sustained during the training while two ran away.

He said the training school was faced with infrastructural development including bad road network and accommodation issue, due to increasing number of recruits, urging authorities and corporate bodies to come to their aid and address their grievances.