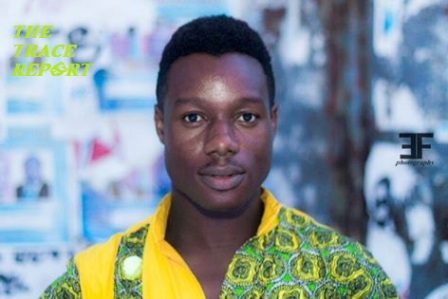 Being the only event-organizing company to have produced a television reality show that has created real life celebrities, Charter House sure has a lot to be credited for. But if you have wondered why ?Stars of the Future? for a long time has been off your screens, let this article be your guide.

As the first musical competitive reality show in Ghana, a lot is expected from you and for a reputable organization as charter house, they managed to lived up to expectations discovering the likes Irene Logan, Efya and Kakie in subsequent editions.

Three years ago, the Trace Report constituted a team to follow 2011?s edition of ?Stars of the Future? to ascertain clues on who the next breakout star would be. So right from audition stages to rehearsals in the studios of Kiki Banson and GhOne our reporters were present.

And when we attended the weekly live performances held on Thursdays at the National Theatre, we instantly noticed the distinct talents of Noella Wiyahla and Emmanuel Yawson who eventually emerged winner of the competition.

Emmanuel Yawson was then promised a brand new Hyundai i10 with a recording and management package worth 25, 000 cedis. Now, we know for a fact that the car was handed over to him because we witnessed the presentation. So we ask, did he really receive the promised cash price because he didn?t enjoy a celebrity reign worth 25,000 cedis.

Our research confirms that he recorded two songs which never saw daylight. He was also paid a monthly allowance for 12 months, which is estimated 6,800 cedis, the two sound recordings inclusive. So we ask ?where the rest of the money go dey??

Surprisingly we haven?t heard of Stars of the Future in 3years, FYI this is a product of the biggest and strongest production house in the country!

Could have Emmanuel manipulated this? By the way, where is Emmanuel Yawson?

Children With Autism Are Not Cursed – Clergy

Irene Logan And Steve Gyamfi Collaborate On This New Piece

Will Khemikal Shine? Compare him to a Kantanka car