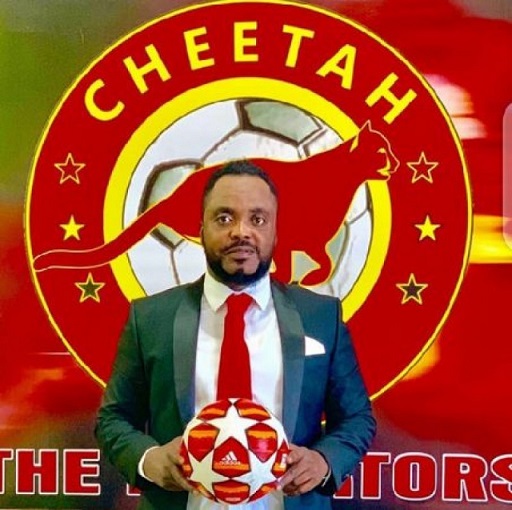 Alhaji Abdul Haye Yartey founder of Cheetah FC, has stated that, his team is not in a hurry to qualify to the Ghana Premier League but rather, focused on building a solid team and adequate infrastructure.

The founder of the Kasoa based club told the GNA Sports that, his objective for the club was to create a platform to groom young and talented players to showcase their potentials in Ghana and outside the shores of the country.

Mr. Yartey said, he had no timeline to qualify to the elite division but believes it would materialize someday.

He said “I can’t give a time line because for Cheetah Football Club, our objective is to create a platform for young talented players to show case their talent to the outside world. And I think we are doing very well in that regard.

“We believe that, when we have the right infrastructure, the right team, the right structures in place, it would be very easier to play in the Premier league. And then not just to play for participation sake but to play with purpose so that the brand would be very solid and recognised.”

Cheetah FC is the first lower division club to establish a store house and also groomed the likes of Black Stars player Christian Atsu, Alhassan Wakasu, Mohammed Iddrisu among others who are currently playing in Europe.