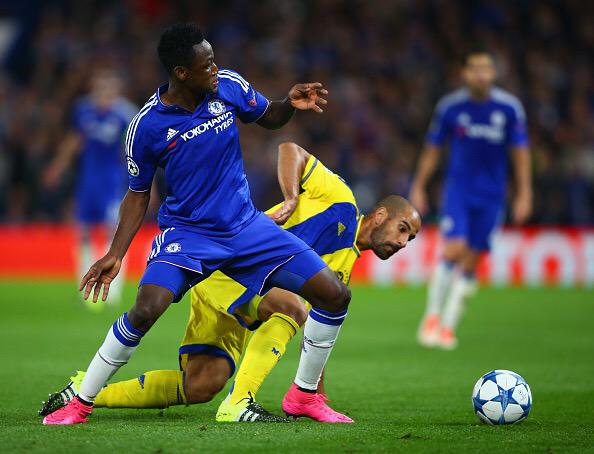 Chelsea are willing to sell Baba Rahman this month if they can recoup most of their initial £14m outlay on the left-back signed from Germany’s Augsburg in the summer.

The 21-year-old is growing frustrated on the bench of the Blues following a high profile transfer from German side Augsburg in the summer.

With limited first team opportunities and interest from several top-flight sides across Europe and in the English Premier League, Chelsea will allow the Ghanaian youngster to move if the right offer comes.

They are keen on recouping  the amount spent on him to allow him to move to a club of his choice even in this January transfer window.

Rahman, 21, has struggled to settle and has made only nine appearances in all competitions.

“Of course it’s frustrating for any footballer to sit in the stands and I don’t want to experience that too much more,” Rahman told the Sport Bild.

“As a young player, of course, you have to get used to such a big club and a world-class league.

“For me the first half of the season was pretty OK but in the second half I really want to play more. Chelsea are one of the best clubs in the world.”

Baba Rahman has admitted he is growing increasingly frustrated by the lack of first-team opportunities he has been granted since moving to Chelsea.

The Ghanaian left-back has made only four league appearances since moving to Stamford Bridge for £14million from Bundesliga side Augsburg, despite his side’s difficult campaign.

The 21-year-old has failed to dislodge either Cesar Azpilicueta or Branislav Ivanovic, the club’s two first-choice full-backs,