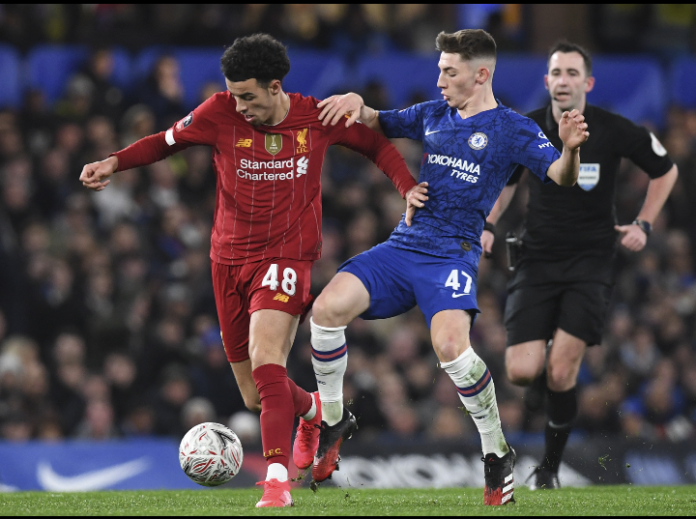 The round’s action in the Premier League is headlined by its final match on the evening of Wednesday 22 July, when Liverpool welcome Chelsea to Anfield.

The match will conclude with the champion Reds lifting the trophy (as it is their final home fixture of the season), but Chelsea will be far more concerned with the 90 minutes preceding that, as they chase UEFA Champions League football for next season and also look to lay down a marker that they could be a challenger to Liverpool’s title defence in 2020-21.

SuperSport viewers on DStv and GOtv can look forward to a thrilling weekend of European football action, as your Channel of Champions broadcasts live action from the Premier League, La Liga and Serie A from Saturday 18 to Wednesday 22 July 2020.

“Every game is going to be pressure now,” said Blues manager Frank Lampard. “It’s a different kind of pressure. But it’s still the same it’s how you focus on the game and the job in hand. We cannot get too caught up in what everyone else does at the moment. That’s the pressure we have to get used to.”

Liverpool defeated Chelsea 2-1 when the teams met in a Premier League clash at Stamford Bridge back in September 2019, though the Blues turned the tables to win 2-0 in an FA Cup tie in March 2020 – a result they will very much be hoping to repeat in an aim to secure top-table European football next term.

This weekend of La Liga action is headlined by Real Madrid’s trip to Leganes at Estadio Municipal de Butarque, as they look to return to champion status in Spain’s elite division. Los Blancos may have wrapped up a record-extending 34th league title by the time of this match and their strong form since the end of lockdown will make them worthy champions.

“We have shown our strength and our solidarity,” said manager Zinedine Zidane. “To play with the consistency we have shown since the restart makes me happy as a coach. Now we need to push hard to the finish line and ensure we reach our goals.”

The game could well be manager Quique Setien’s final domestic clash as manager of the Blaugrana, with his likely failure to defend the league title seen as an unforgivable sin in Catalonia. Only if he can guide Barca to the UEFA Champions League next month will his job be saved.

The pick of this round of Serie A matches is the meeting of Juventus and Lazio at the Allianz Stadium in Turin on Monday evening, a key game as far as potentially deciding the title is concerned.

The Bianconeri will feel that a ninth successive Scudetto is theirs for the taking, while Le Aquile must win to revive their hopes of a first championship since the turn of the century.

Juve’s fine form in recent weeks has owed much to the excellent form of attacker Paulo Dybala, with the Argentine having the potential to become a club legend according to former Bianconeri star Claudio Marchisio: “[Dybala’s] class is indisputable, he is one of the purest talents in world football.

Those who critise him don’t understand football. He has a great relationship with the club, I hope that he becomes a ‘Bandiera’ and that he does what I couldn’t do with Juventus: win the Champions League.”

The Turin giants will also be eager for revenge, having been beaten twice by Lazio this season: the Rome-based side beat Juve 3-1 both in a Serie A clash back in December 2019 and in a Super Cup match later the same month.

No rival can compete with SuperSport’s coverage. Our viewers on DStv and GOtv can see all their favourite stars from the African continent dominating Premier League, La Liga and Serie A pitches across England, Spain and Italy!

Don’t miss the conclusion of the 2019-20 football season on DStv and GOtv. Visit www.dstv.com and www.gotvafrica.com to subscribe or upgrade, and join in on the excitement. And while you’re on the move, you can stream matches on DStv Now.

SuperSport is your home of football and the best place to see all the action from around the world as #LiveSportReturns.