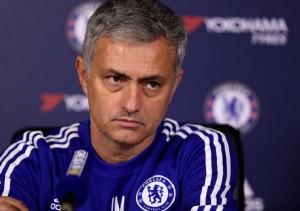 Mourinho, sacked twice by Chelsea, was called ‘Judas’ by fans during United’s 1-0 defeat, responding by pointing three fingers in reference to the three league titles he won with the club.

He said: “Until the moment they have a manager that wins four Premier Leagues for them, I’m the number one.

“Until then, Judas is number one.”

N’Golo Kante’s low shot was enough for Chelsea to beat holders United – who had Ander Herrera sent off in the first half – and set up a semi-final against Tottenham at Wembley.

He said: “They can call me what they want. I am a professional. I defend my club.

He said: “I don’t want to go in that direction. In four matches he [Oliver] has given three penalties and a red card. I cannot change that. I shook his hand and said many congratulations.

“Mr Oliver goes home and he can do his own analysis, because I don’t want to analyse his work.”

Number of payrolled workers in UK surges above pre-pandemic level