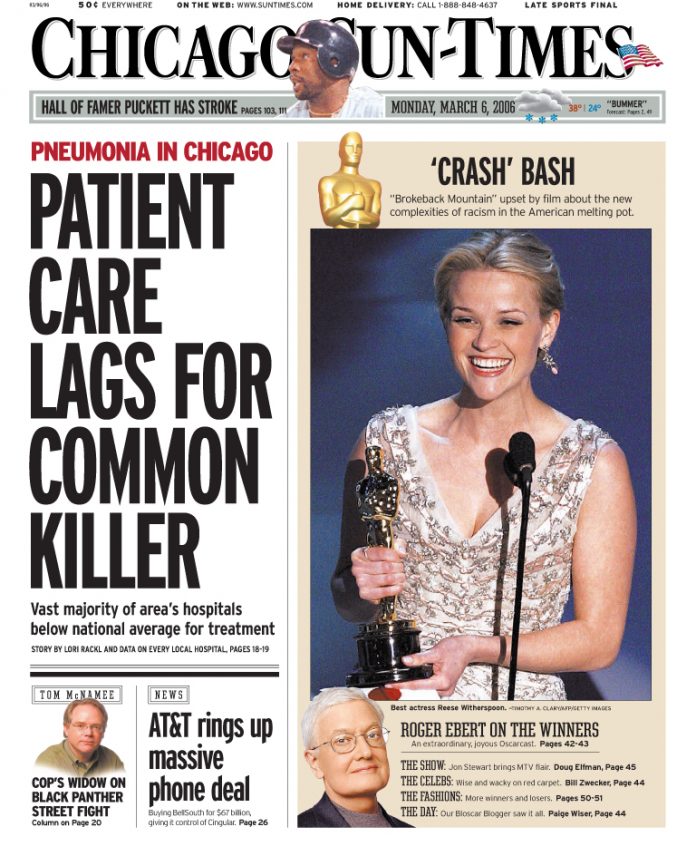 The Chicago Sun-Times, the city’s oldest continuously published daily newspaper and winner of eight Pulitzer prizes, has been sold to an investor group, reportedly for $1 (N360).

The newspaper, which traces its history to 1844, reported Thursday it was purchased by an investment group led by former Chicago alderman Edwin Eisendrath and a coalition of labor unions.

The Sun-Times provided no details, but the rival Chicago Tribune and other media reported the sale was concluded for $1.

Earlier this year the Tribune’s parent company Tronc offered to buy the Sun-Times. But the deal faced opposition from the Justice Department, which argued it would create a monopoly of the two major dailies in Chicago.

Although this week’s agreement was concluded for $1, the investors needed to come up with $11.2 million to keep operating, the Sun-Times reported.

The deal underscores the deep woes of the once-profitable US newspaper sector, where values have plunged over the past two decades amid a shift of readers to online platforms.

The current owner of the Sun-Times, Wrapports, purchased the daily in 2011 for an estimated $20 million.

According to Poynter Institute media writer James Warren, the Sun-Times owners “concluded taking $1 was better than the $8 million it would cost to shut down the paper.”