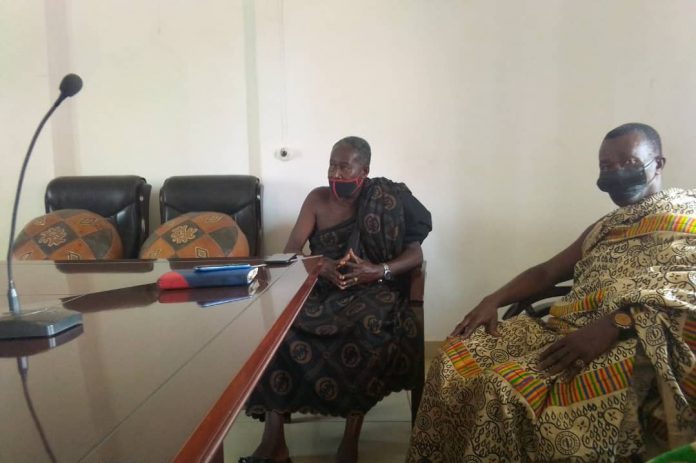 He noted Mr Ouattara’s extreme measures and persistence were a typical and clear demonstration of his commitment and resolve to end that criminal and nation-wrecking activity in the area under the first term of President Nana Addo Dankwa Akufo-Addo’s administration.

The chief said the level of commitment shown towards ending illegal logging had generated some disagreements between the MCE and other interest groups, including members of the Dormaa Wood Market Association, and urged him not to give up in desperation in the face of adversity.

Barima Sampon-Siaw gave the commendation at a meeting organised by Osagyefo Oseadeeyo Agyeman Badu II, the Paramount Chief of Dormaa Traditional Area, at Dormaa-Ahenkro in the Bono Region to solicit the views of chiefs, government appointees and other stakeholders in the area to find practical and lasting solutions to the illegal plundering of forest resources.

“When you were appointed as the MCE, if you remember, you did everything in your capacity to stem these criminal activities of illegal-loggers, despite that people picked up issues with you but you were deterred and spoke a lot in the fight to prevent it”, Barima Sampon-Siaw stated.

Earlier, Barimah Oppong Yaw Buabasa, the Gyaasehene of Dormaa Traditional Area, who deputized for Osagyefo Agyeman Badu II, expressed concern about the situation, saying despite the provision of forest guards by the Forestry Services Division and the Concessioners, some unscrupulous persons with guns and other offensive weapons still managed to invade forest reserves, especially the Mpameso Forest Reserve in the area to illegally fell trees.