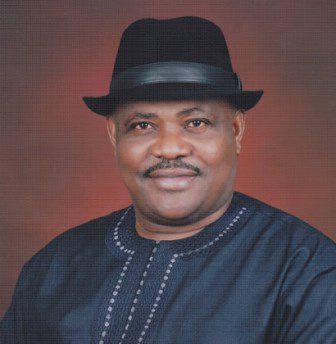 Chief Nyesom Wike, who was sworn-in as Rivers State Governor last week Friday, is not ready for the job, the State Chapter of the All Progressives Congress (APC) has said. Rivers APC in a statement signed by the State Chairman, Dr. Davies Ibiamu Ikanya, and issued on Thursday in Port Harcourt, described Wike?s one week as governor as a disaster foretold, accusing him of running a motor park administration. According to Rivers APC, ?The first one week of Wike?s administration has vindicated our well-known stand that he is not prepared for governance and would be a disaster if he accidentally found himself in power ? as has now happened courtesy of his unjust declaration as governor by Rivers INEC. His first seven days in office prove beyond reasonable doubt that he is not ready for governance.

?What is being witnessed in Rivers State under Wike?s watch makes the heart to bleed; it is, for want of a better phrase, motor park type of administration. While it is true that Wike never had a programme for Rivers State, we had expected him to attempt to implement the Roadmap for Rivers Development, which he copied from our governorship candidate, Dr. Dakuku Peterside, but he could not as a poor student demonstrate an idea of what governance is all about. All that Wike is busy doing since he assumed office is telling the world that Amaechi did this and Amaechi did not do this. If immediate past Governor Chibuike Amaechi is the sole agenda of Chief Wike, then INEC has done an irrevocable damage on Rivers State and her people by imposing Wike, who lacks a basic understanding of what it takes to govern a complex state like Rivers.?

Lamenting the fate that has befallen Rivers State, Dr. Ikanya said: ?If one considers the seriousness which many newly elected governors in the country have demonstrated by setting out targets to achieve within their first one hundred days in day, then it becomes obvious that a great tragedy has befallen Rivers State in the person of Chief Wike. Apart from dreaming of Amaechi anytime he closes his eyes which he does at most of the public functions he attends, Wike is busy intimidating banks, permanent secretaries and civil servants in Rivers State and allotting to himself the status of Sole Signatory to the bank accounts of all the government agencies in the State, including Local Government Councils? Accounts. These steps, apart from being inimical to the peace and progress of Rivers State, have put the State in bad light both nationally and internationally.?

Rivers APC appealed to the people of the State to bear whatever pains Wike inflicts on them as these are temporary since he will soon be removed by the Election Petition Tribunal as he never won any election in the first place.

?Meanwhile, we wish to advise Chief Wike to stop chasing shadows and cease his unwarranted attacks on Rt. Hon. Amaechi, who by the grace of God has become an institution in the politics of Nigeria and hundreds of Wikes cannot run him down. Let us warn that any further disparaging attacks on the person of Amaechi will no longer be tolerated as we have enough materials with which to rubbish Chief Wike,? Rivers APC stated. If he doubts this, let him call Amaechi in any of his misguided utterances again and see the exposure of his evil acts.