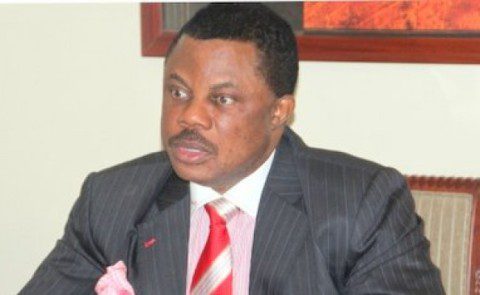 The Governor of Anambra State, Chief Willie Obiano has described the passage of Chief Chike Offordile, the former Attorney General of the Federation and Minister of Justice as a great loss to Anambra State in particular and the country in general.

Offodile (SAN) who was until his death the Onowu Iyasele (The Traditional Prime Minister) of Onitsha, passed on at 92 on Sunday, August 3, 2014.

In a statement signed by his Senior Special Assistant on Media, James Eze, Governor Obiano observed that with Offodile?s passage, Nigeria has lost one of the taproots of the nation?s judiciary, describing him as the last of the finest breed of legal luminaries.

?Chief Offodile was one of Anambra?s finest gifts to the nation?s judiciary. He served his fatherland for 50 long years, some of which witnessed the most uncertain periods in the history of our country. With his passage, Nigeria has lost yet another of the great men that laid the foundation of our current progress,? Chief Obiano observed.

According to him, Offodile was until his death, a living legend, having risen to the pinnacle of his career and retired with full honours. ?But even in retirement, Offodile was never tired as he devoted his time to the service of his as the Onowu Iyasele of Onitsha, a position he occupied till death.

?Chief Offodile left a huge legacy as a great jurist and a lover of his people. He rose to the challenge of his time and offered Nigeria the benefits of his legal expertise when the country was going through one of her rough patches as nation. Ndi Anambra are proud of his achievements. We are consoled by the fact that he left a good name and a history of excellence,? he further reiterated.

Chief Obiano however regretted Offodile?s passage at a time when his advise as a wise elder would have shaped the on-going dialogue at the National Conference.

?We shall miss him. Our thoughts and prayers are with the Offordile family and the entire Onitsha Traditional Council and fellow Nigerians whose lives were profoundly touched by Chief Offodille?s special gifts. May the Almighty grant us all the fortitude to bear this loss,? he further stated.