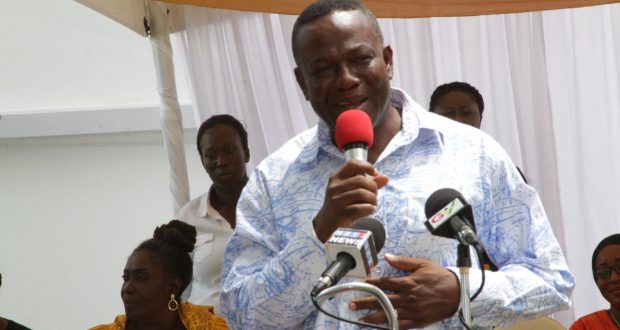 Chiefs have been urged to take centre stage in the fight to stop illegal mining and safeguard the country’s environment.
Mr. Kofi Dzamesi, the Minister for Chieftaincy Affairs, said they owed it a duty to themselves and posterity to protect the forest and water bodies.
He made the call when he addressed the general meeting of the Eastern Regional House of Chiefs in Koforidua.
He described as deeply disturbing the massive degradation of the vegetation and pollution of the rivers and streams through illegal mining and said that could not continue.
The Minister asked that they used their enormous influence with the people to help them to get right with the law and to talk them out of doing anything unlawful.
They should additionally help the people to show loyalty and love for their country.
Togbe Afede XIV, President of the National House of Chiefs, said they had initiated moves to make the chieftaincy institution more relevant to the development needs of the country.
He also spoke of the strengthening of the code of ethics for chiefs to ensure that they carried themselves properly to restore the nobility of the institution and sustain its reverence.
He added that efforts were being made to build the capacity of chiefs to efficiently perform their traditional roles to bring progress to the people in their communities.
He called for the deepening of communication among chiefs to foster unity and asked that they resorted alternative dispute resolution to settle any conflicts.
Osagyefo Amoatia Ofori Panin, President of the Regional House of Chiefs, announced that six out of the 15 chieftaincy cases before it had been successfully resolved.
GNA