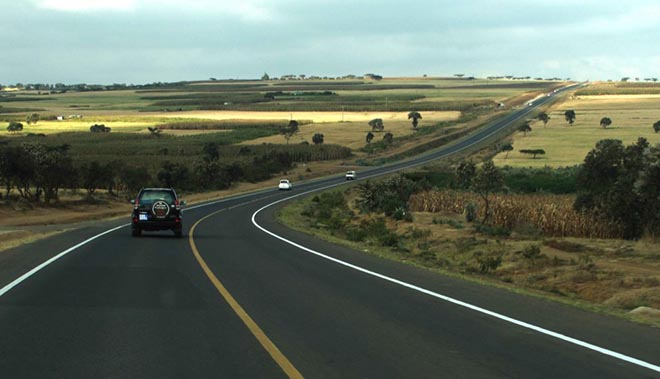 The Council of Tribal Chiefs in Kasoa in the Awutu-Senya East have extended their profound gratitude to President John Mahama for fulfilling his 2012 campaign promises to construct an interchange in the area to ease traffic congestion for free flow of goods and services.

Alhaji Fuseini Hamidu Kumbo, Chairman of the Council made the commendation in an interview with Ghana News Agency on behalf of the council members after they accompanied the Chief Executive for the constituency Dr. Nuhu Adams and some staff of the Assembly to inspect progress of work on ongoing construction of a 24-Kilometer Western bye-pass from Sapato Junction through Nyanyano Kakraba linking Tuba and to the toll-booth to Accra.

They also inspected the northern by-pass rehabilitation of 12-kilomiters road works from Adamnana to the New Market through Kiamibere to link Opeakuma Township to Opeakuma Junction to Winneba and the deport of the contractor working on the interchange project at Oboom.

Alhaji Kumbo who is also the Chief of Bissa Tribe in Kasoa said, they were impressed with the progress and quality of work being done by the contractors working on the two by-pass and expressed the hope that they will work extra hard to complete the projects on schedule before construction works on the interchange finally takes off.

He therefore appealed to group of persons whose structure and properties have and will be affected as a result of the project to cooperate with the Assembly for smooth execution of the project in the interest of development of the Municipality.

?We the Council of Tribal Chiefs of Kasoa urged the government to develop the area to help enhance service delivery in the area?.