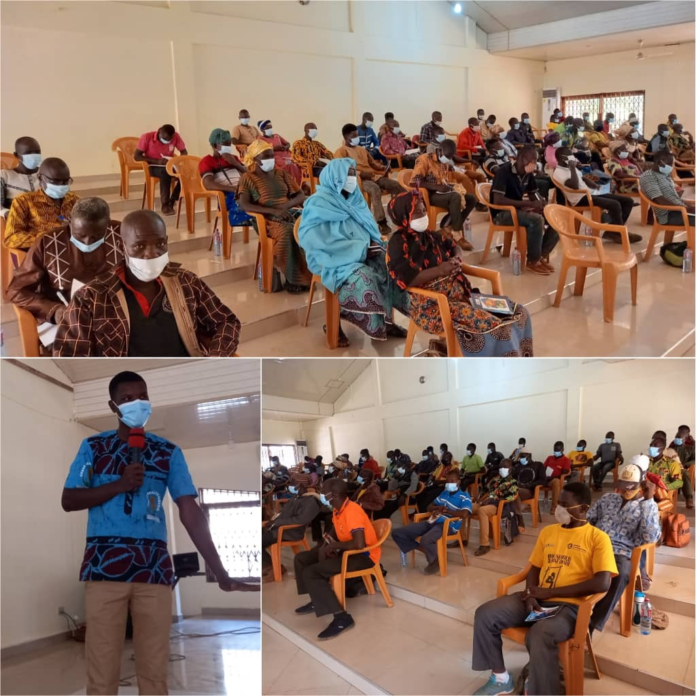 Issues of malnutrition and high cases of anaemia in pregnancy, has been identified as key challenges hindering healthcare delivery in the Nkwanta South Municipality of the Oti Region.

A total of 18 children under five underweight were recorded in six sub-districts in the Municipality in 2018, the number further increased to 20 in 2019 and stands now at 35 between January and June, this year, from the sub-districts.

Mr Richard Asante, a Health Promotion Officer, Nkwanta South Municipal, said unavailability of parental care due to busy schedules was a factor that resulted in malnutrition.

He said this during a workshop for Community Health Management Committees (CHMCs) from Odumase, Kecheibi and Ofosu communities in the Nkwanta South Municipal and Kabonwule, Azua and Tinjasi communities in Nkwanta North District on Maternal and Child health, Nutrition, Malaria prevention, Water, Sanitation and Hygiene (WASH) at Nkwanta.

He said the failure on the parts of some mothers to pay heed to nutritional advice given by healthcare providers in ensuring the healthy status of their children was a problem and urged CHMC members to step up community education to enable the Municipality record zero cases in the next evaluation to be carried out.

Mr Asante noted that when women were 36 weeks of pregnancy, which was almost time for their delivery, they were examined to check for anaemia in their pregnancies.

Mr Asante said some of the strategies developed to address these key nutritional issues was to conduct food demonstration in some facilities, ensure periodic education to pregnant women on healthy eating to combat anaemia, intensify health education on exclusive breastfeeding and follow up on pregnant women to ensure healthy eating and intake of routine drugs.

“Continue with food demonstrations in other communities, establish hypertension and diabetic clinics in the Municipal hospital, and carry out education at Antenatal Care and pregnancy schools to coin down anaemia.”

Mr Asante further urged mothers to always adhere to the proper and prescribed duration for breastfeeding after childbirth to enable their children grow well without any complications.

People for Health (P4H) is aimed at ensuring improved access to quality health service delivery for citizens in 20 districts selected from five regions.

The project seeks to strengthen organisational and institutional capacities of government and civil society organisations (CSOs) for mutual accountability in health, HIV, water and sanitation, and nutrition policy formulation and implementation.

It is a five-year project (2016-2021) being implemented by a consortium of three organisations led by SEND-Ghana, a non-governmental organisation (NGO), with Penplusbytes and the Ghana News Agency as members, and sponsored by the United States Agency for International Development (USAID) in the Greater Accra, Eastern, Northern, Volta and Oti regions.