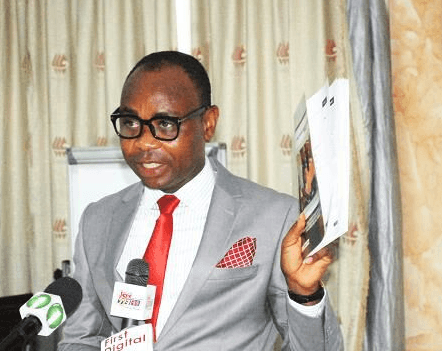 Child Rights International (CRI), a Non-Governmental Organisation, has raised concerns about suspension of work on the children’s library complex, which was started by the Social Security and National Insurance Trust (SSNIT) some six years ago.

It said the progress of work on the facility has for the past three years came to a halt due to the change in government, leading to the suspension of the TRUSTLIB Board which were responsible for the implementation of the project, and the initiation of an audit on the expenditure made so far.

Mr Bright Kweku Appiah, the Executive Director of the Child Rights International, at a press conference held on Monday, said the understanding was that SSNIT would resume its commitment towards the children’s library project, but “currently, no communication on the report of the audit and resumption of work on the project has been sent by SSNIT to the Ghana Library Authority, and the fate of the TRUSTLIB Board is now unknown”.

He said “our concern is that wherever the state of the audit is should not affect the state of the library that is meant to promote learning of children in the country. If the building has been completed, it is only prudent that it is stocked and furnished to fulfil the purpose for which it was built.”

He said the CRI believes that the initiative from the onset is a laudable one, which is a fulfilment of the country’s constitutional aspirations for the welfare of children under Article 28 and 37.

“Consequently, we expect a firm commitment from SSNIT towards the completion of the project as a way of responding to the best interest of children as provided for in the Children’s Act 560,” he said.

Mr Appiah said a tour of the project site shows that it was fully fitted with air conditioners and disability friendly facilities including (state-of-the-art disability-friendly toilets), a mobile library, conference halls, a recreational area with astro turf, a first aid and computer rooms, offices, a large parking space and waiting area, as well as a power plant.

He said with the building virtually abandoned, it was beginning to deteriorate and this is a blatant waste of both state and citizen resources adding that due to the delay the liability period which was agreed upon between the stakeholders and the contractor during the execution of the project has expired.

“This means additional funds would have to be spent for repairs and replacement of fittings before the facility could be commissioned,” he said.

Mr Appiah said the CRI believes that it would be a sad day in the history of the country if this laudable project is abandoned, and urged the Ghana Library Authority (GLA) to recognise the project as theirs and commit itself towards the realisation of its objectives.

In a brief background Mr Appiah explained that the four million dollar project, was initiated by Mr Ernest Thompson, the former Director-General of SSNIT, as part of the organisation’s 50th anniversary’s Corporate Social Responsibility (CSR) effort in October 2015.

It was, however, an agreement between SSNIT which was expected to ensure the construction of the building, furnishing, and stocking of the library with books and modern equipment, while the GLA provided the site for construction and recruitment of staff upon completion of the facility.