The country is making multi-faceted efforts to push forward energy revolution for the purpose of building a clean, low-carbon, safe and efficient energy system and improving the capacity to guarantee energy supply, just as projected in China’s new national development blueprint, the Outline of the 14th Five-Year Plan (2021-2025) for National Economic and Social Development and the Long-Range Objectives Through the Year 2035.

In March, Taihu electric No. 001, an electric workboat, was launched in Wuxi, east China’s Jiangsu province. It was the first of its kind in the basin of Taihu Lake, China’s third largest freshwater lake. The lithium batteries of the workboat can store as much electricity as the combined amount of electricity of five electric vehicles.

According to preliminary estimates, when all the 1,100 workboats in the Taihu Lake basin become electrified, the transformation from fuel oil-powered boats to electric ones will reduce carbon dioxide (CO2) emissions by 75,000 tonnes a year, which is equivalent to the amount of CO2 discharged by more than 27,000 private cars.

“In the past, the fuel oil-powered workboat would leave an oily track on the surface of the water and the smell of greasy dirt on the shoreside. Now the electric workboat is more powerful and faster, yet it doesn’t leave any pollutants,” said Li Fenglei, a driver of the workboats in the Taihu Lake basin.

Since the beginning of this year, non-fossil energy has been developing more rapidly in China, while the country’s power generation has also seen a relatively fast year-on-year growth.

Based on corresponding data of the same period in 2019, China’s output of electricity generated by wind, solar, and nuclear power plants rose by 17.6 percent, 12.5 percent, and 9.6 percent respectively on average in the first quarter this year from two years ago.

Meanwhile, power supply projects in the country received a total of 79.5 billion yuan (about $12.37 billion) of investment, which represented a 31.3-percent year-on-year growth rate and an average growth rate of 39.9 percent from two years ago. In particular, about 91 percent of the investment was channeled to power generation projects using non-fossil energy.

“Our dining hall and kitchen have stopped using coal or natural gas, and switched to induction cookers, which are safer, produce less lampblack and smoke, and cut our energy consumption cost by half,” said Lai Yong, an executive of a hot pot restaurant in Chengdu, capital of southwest China’s Sichuan province. Lai is very satisfied with the decision to replace the cooking stoves of the restaurant with induction cookers.

These hot pot restaurants with electric cookers have effectively advanced the development of clean and low-carbon energy of the city, as they consume approximately 837 million kWh of electricity a year, which means they reduce over 710,000 tonnes of carbon dioxide emissions for the city every year.

In fact, many cities in China have taken active measures to promote the replacement of traditional energy with electricity in key sectors and industries, comprehensively improve resource use efficiency and facilitate the country’s energy revolution.

South China’s Guangdong province has come up with the idea of establishing a budget-management system for energy consumption to strictly regulate the launch of energy-intensive projects.

The southern island province of Hainan plans to add 25,000 new energy vehicles (NEVs) to the city, start building a world NEV experience center, and make sure the combined floor area of prefabricated buildings in the province reach 17 million square meters this year. 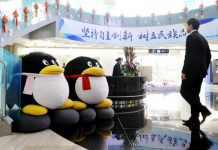 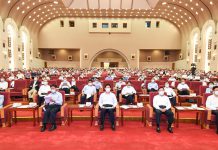