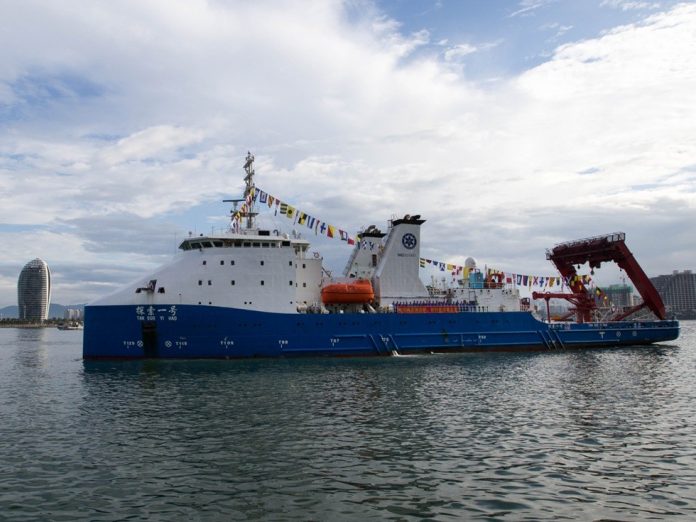 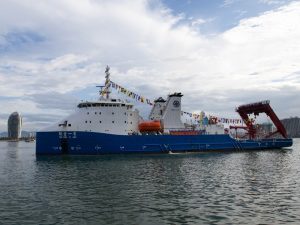 The Chinese-made Ocean Bottom Seismometers (OBS) self-developed by Institute of Geology and Geophysics under the Chinese Academy of Sciences (IGGCAS) has been successfully applied for the Challenger Deep, the deepest section of the Mariana Trench measured at more than 10 kilometers, according to IGGCAS.

China has also completed the task of probing the underwater electromagnetic waves with a domestically-developed instrument, proving the country’s deep-sea exploration technologies have reached a 10,000-meter-deep level.

On January 15, 2017, the Shenyuan deep-sea expedition team of the Chinese Academy of Sciences (CAS), on board the Tansuo-1 scientific research ship, set sail from Sanya in Hainan Province for the Mariana Trench and Yap Trench, aiming at carrying out deep-sea scientific exploration and testing of high-tech equipment.

The expedition team reportedly placed 60 OBS in the Trench area with 56 of them successfully retrieved on February 28. The maximum depth reached by the 56 reclaimed OBS was said to be 10,027 meters and 10,026 meters, with actual operation length of the profile reaching 669 kilometers.

Experts noted that data collected from these experiments are invaluable. According to experts, OBS plays a vital role in oceanic survey. The devices record the earth’s motion under oceans thus providing information for the deep structure of the earth’s crust and upper mantle in offshore areas.