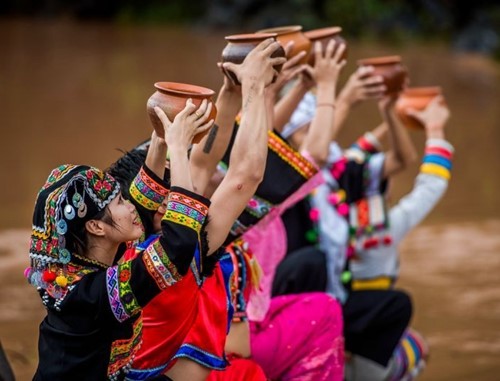 “We hope the Lancang-Mekong Cooperation (LMC) mechanism will become a flagship initiative in our efforts to build an Asian community of shared future,” Chinese Foreign Minister Wang Yi said on Friday at the launch ceremony of the LMC China Secretariat in Beijing. 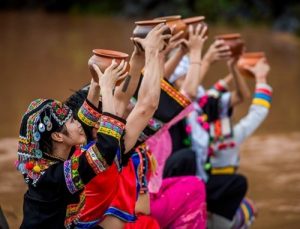 The goal of the LMC is to create an LMC cooperation corridor and forge a community of shared future among the involved nations, he added.

The LMC members cover China, Cambodia, Laos, Myanmar, Thailand and Vietnam, the six countries along the Mekong River (the Chinese stretch of which is called the Lancang River).
Wang also praised the efficiency and encouraging progress of the preparation work, saying that since the mechanism was born in March 2016, a series of working platforms like leaders’ meeting, foreign ministers’ meeting and three senior officials’ meetings have been completed by the six members in less than a year.

More than half of 45 confirmed early harvest projects have been completed or under implementation, he said, adding that preparation work for five joint working groups on priority areas are moving headway as well.

Financial support rules have been clarified, and some big programs have been put into implementation, Wang added.

The necessity of LMC can also be evident by a severe drought hit countries along the Lancang-Mekong River since late 2015.

Back to then when Cambodia, Laos, Myanmar, Thailand and Vietnam suffered from the disaster caused by El Nino phenomenon, China, starting from March 2016, discharged water from a dam to the lower reaches of the Mekong River to alleviate their drought.

Vietnamese Deputy Prime Minister and Foreign Minister Phạm Bình Minh thanked China for providing water for emergency use amid severe drought, saying that it proves the necessity of the LMC and linked destinies between countries along the river.

China has inked or is discussing cooperation documents with several Mekong river countries on jointly building the “Belt and Road”, in a bid to better align each other’s development strategies.

So far, a series of connectivity infrastructural projects, including the road linking Kunming and Bangkok, railway connecting China and Laos, and the railway between China and Thailand, have been constructed or commenced.

Another spate of China-invested business projects, like Long jiang Industrial Park in Vietnam, Saysettha Development Zone in Vientiane of Laos, Rayong Industrial Zone in Thailand, as well as Sihanoukville Special Economy Zone in Cambodia, have grown into model projects for cross-border economic cooperation.

The six members have identified political and security issues, economic and sustainable development, and cultural and people-to-people exchanges as three pillars of their cooperation, same with the construction of ASEAN Community.

People’s Daily, in a recent commentary under the byline of Zhongsheng, said that China’s efforts to dock LMC and ASEAN community also declare its firm determination to assist the ASEAN integration process.

The international community has found that the temperature in South China Sea has lowered “significantly”.

“At present, the Declaration on the Conduct of Parties in the South China Sea (DOC) is being implemented in a full and effective manner. The directly concerned countries have returned to the right track of settling their disputes through dialogue and consultation,” Wang introduced at a recent press conference.

“China and the ten ASEAN countries are advancing the COC consultation to work out a common set of regional rules,” he said, adding that the joint working group has produced the first draft of COC framework.