Signing up to receive the vaccine against COVID-19 has begun in China, as the Global Times has learned that hospitals, schools, police stations and enterprises in Chinese cities are mobilizing people to take the shot against the resurgence of the epidemic.

Prior to China’s national plan to vaccinate 50 million people before the Spring Festival season in February, some have received the shot to avoid risks while others refused to be inoculated out of safety concerns.

Aiming to build herd immunity through mass vaccination, the Chinese authority said China is planning to vaccinate 50 million people in high-risk groups before Chinese New Year, which falls on February 12, to deter the spread of the virus.

Hospitals, schools, police stations and enterprises, part of the country’s plan to inoculate the high-risk population, have started registering to see how many people intend to receive the COVID-19 vaccine, the Global Times learned. For many who had already been vaccinated, they praised the safety of the vaccine and experienced no side effects so far.

However, some refused to be vaccinated, as they are concerned about the efficacy and safety of the vaccines, or know little about the scientific results. Others said that as the domestic epidemic is well under control, they feel reluctant to take the risk of receiving the vaccines that were developed in such a short time.

Concerns over the safety of vaccines are normal, Chinese experts noted. They suggested that top Chinese leaders, local government officials and chief epidemiologists take the lead to receive the vaccine, which may dismiss public concerns, and which will happen in the future.

“I received the COVID-19 vaccine five days ago. I found no side effect. But my shoulder aches a bit,” a nurse working in Beijing’s Chaoyang Maternity Hospital said. Not all medical staff and nurses were to receive the vaccines as it is voluntary.

Some hospitals and police stations in Beijing have started registrations. The Global Times also learned that some hospitals, including one in Jinzhong, North China’s Shanxi Province, had inoculated its staff, except those who are pregnant or have a history of severe allergies.

“It was like getting a flu shot, and I did not have adverse reactions. But three or four of our hundreds of colleagues experienced fever and emesis,” said a doctor from the hospital, who requested anonymity.

The latest vaccination emergency use program in Shanghai has extended to journalists, following the previous inoculation of frontline groups covering airport staff, border and porter personnel, cold-chain industry workers, public health medical staff and people involved in the Third China International Import Expo that was held in early November, an official from the Shanghai Health Commission told the Global Times.

The Global Times learned that many working in government agencies had been inoculated.

An airline worker, who preferred not to be named, said that colleagues who fly international routes or have contacts with them have received the shots voluntarily.

A Chinese MA candidate surnamed Fu who received an offer from King’s College London in the UK also told the Global Times on Wednesday that she was vaccinated with the SinoPharm vaccine in November, and has not experienced any adverse reactions.

Fu said vaccinations are required for Chinese students before they go overseas as the pandemic in many foreign countries, including the UK and the US, is still escalating. Fu plans to fly to London in mid-January.

Health officials from South China’s Guangdong Province said on Wednesday, December 23, that more than 180,000 people, including people working on cold-chain industry and ports, have been vaccinated and no cases of severe side effects have been reported so far.

However, a senior high school teacher in Lianyungang, East China’s Jiangsu Province told the Global Times on Wednesday that his school promised last week free vaccinations for its staff on a voluntary basis, but he decided not to be vaccinated immediately over safety and efficiency concerns.

He said there’s no need to hurry to get vaccinated as China is basically safe thanks to the national anti-epidemic work, and that he would like to wait for the vaccine coming into the market.

“At this very urgent moment, the public may need to regard receiving vaccines with an eye to the interests of the whole nation. If only 70 percent of the total population is vaccinated, herd immunity protection would be generated,” Tao Lina, a Shanghai-based expert on vaccines and a former Shanghai disease prevention and control employee, told the Global Times on Wednesday.

When China rolls out the plan of vaccinating some 50 million working in high-risks posts, safety must have been taken into consideration. It is in the country’s interest to make sure those vaccines are safe and could contain the resurgence of the epidemic, Tao said, noting “we shall trust the decision the government has made.”

Building herd immunity requires the majority of people get vaccinated. Receiving a vaccination is everyone’s right, and it is also everyone’s responsibility in order to contain the coronavirus, Wang Qinghua, chief expert from the National Immunization Program of Chinese Center for Disease Control and Prevention, also said on December 21.

China’s immunization plan will need to be rolled out in accordance with the domestic epidemic situation and production capacity of the vaccines. Reaching the target of 70 percent of the population would not be a tough mission to complete over time. People would be more receptive following growing cases and data of clinical trials to prove the efficacy and safety of vaccines, a Beijing-based immunologist told the Global Times on condition of anonymity.

“No need to overreact that China may not complete the vaccination plan as expected,” the immunologist said, explaining that the initial step is to provide enough vaccines to high-risk people willing to receive vaccines, because the production capacity of vaccines may not meet the demand in this early stage.

“Hesitation or concerns over the vaccines right now is normal in this early stage, but more Chinese will accept and are willing to be vaccinated when solid data and evidence are available to demonstrate vaccines could generate a protection against virus,” the expert said.

Some observers said China, where everyone makes sacrifices, has successfully contained the virus in the first phase. Facing the possible resurgence of the epidemic, Chinese would be able to curb the virus for the second time. The rate of vaccination will gradually increase in the country.

Flexible mass vaccination measures are applied this time. If proven effective, they could also be used in the future in flu mass vaccinations. It would also improve China’s inoculation capacity, Tao said.

Chinese respiratory diseases expert Zhong Nanshan recently was quoted by CCTV news as saying that in addition to preventing imported cases, vaccinations are another important method for China to address the epidemic.

“The first and second vaccines will be launched soon, and they will be used in China very soon,” Zhong noted. 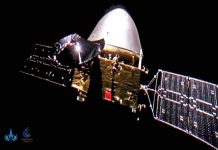 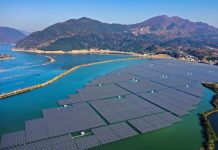 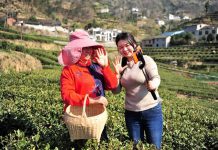 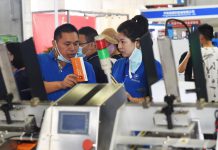 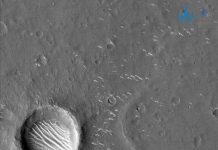 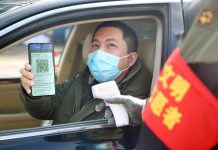 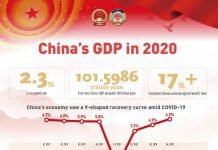