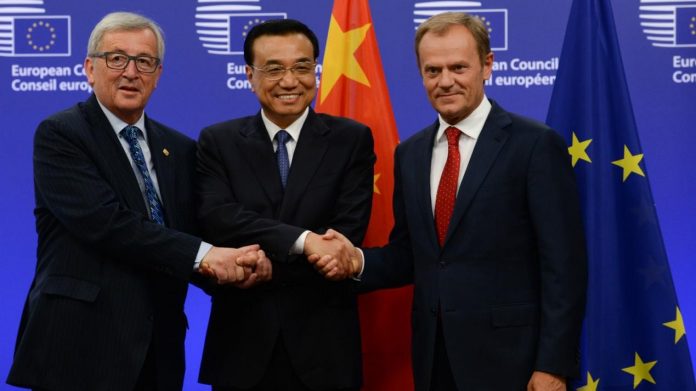 By Bai Yang from People’s Daily

The world is now betting that Chinese President Xi Jinping’s ongoing state visit to Finland will reinforce their already close bilateral economic and trade relationship, which is also an epitome of the flourishing China-Europe economic exchanges. 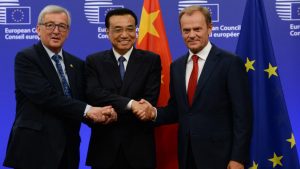 They expected that during Xi’s Finnish trip starting on Tuesday, both sides will ink a series of cooperation documents covering all fields.

Xi, in a signed article entitled “Our Enduring Friendship” published on Finnish newspaper Helsinki Times ahead of his visit, pointed out that with highly complementary economies, China-Finland cooperation has delivered clear benefits to both sides.

China has remained Finland’s largest trading partner in Asia for the past 14 years. Their two-way investment posted a rapid growth as well.

The statistics from Finnish Embassy in China revealed that about 400 Finnish companies have invested nearly 10 billion euros in China.

Finnish companies have strong research capacities and leading competence in clean technologies, telecommunication and machinery, but demand bigger market and more capital. They can perfectly complement with Chinese firms who have capital and market, but commit to an economic transformation and upgrade driven by advanced technologies.

Xi’s visit will certainly bolster bilateral economic and trade exchanges, said Päivi Leiwo, board chairman of Finpro. She has paid two visits to China as member of presidential delegations.

She added that China’s investment in Finland saw a rapid growth in recent years, and an emerging trend in bilateral economic relations is the increasing mergers and acquisitions launched by Chinese companies towards Finnish high-tech firms.

China-Finland economic and trade ties can also offer a glimpse into the economic exchanges between China and Europe.

The EU has remained as China’s largest trading partner for consecutive 11 years, while China has been the former’s second largest partner for 12 years in a row.

China’s direct investment in the EU soared by 76 percent in 2016, estimated a report released by Rhodium Group, a New York-based advisory firm, and Berlin-headquartered Mercator Institute for China Studies.

Compared with the booming trade, their investment has more growth space. Data showed that China accounts for just 6 percent of overall EU investments abroad, while the EU makes up a similar share in China’s outbound investment.

Such a status quo can be attributed to market access, investment rules and other reasons, but it is objective to say that huge potential is contained in China-Europe cooperation in investment.

Against such background, accelerated negotiations on China-EU investment agreement will not only deepen their existing cooperation, but inject more energy into their economic growth, so that they will lead a new round of economic globalization wave.