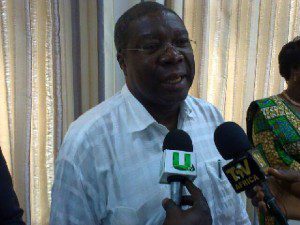 The government of Ghana has signed a Mutual Visa Exemption Agreement with the People?s Republic of China. The agreement is aimed at facilitating the smooth movement of government officials and other individuals or groups traveling on the authorization of both governments without the acquisition of visa. It also seeks to accord the officials holding government passports and service passports traveling on government business with the ease of movement in and out of China in order to facilitate development.

The agreement was signed on behalf of the Ghana by the Deputy Minister for Foreign Affairs, Ambassador Kwesi Quartey, and on behalf of China by Ms. Sun Boahong, Ambassador Extraordinary and Plenipotentiary of the People?s Republic of China.

At a brief ceremony on at the new Foreign Affairs Ministry on Tuesday, the deputy Minister said the agreement is necessitated by the growing spate of political and economic relations between the two countries over the years.

According to Sun Boahong, She the agreement will go a long way to strengthen the bilateral and economic relations of the two countries.