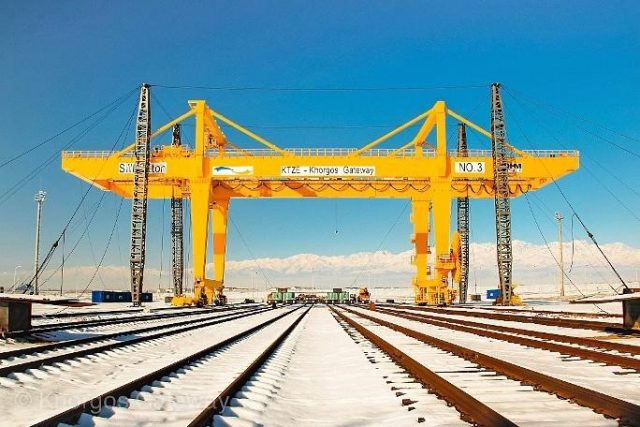 Intro
China is set not only to provide Chinese RMB 100 billion in loans to the Belt and Road Initiative Fund but it will also provide RMB 2 billion to countries along the route this year. Also to benefit is another RMB 1 billion to South South Cooperation Fund. Prof Zhang Hong from the People’s Republic of China ideological school has disclosed.

The Belt and Road plan is a multi-billion initiative aimed at linking Asia with Europe and Africa, and the countries in between. The initiative, formerly known as One Belt, One Road, brings together the landside Silk Road Economic Belt and Maritime Silk Road developments and serves as a bridge to the future President Xi Jinping visions. It will be recalled that President Jinping made five overseas trips last year visiting key points in the Belt and Road Initiative. Its infrastructure network intended to reinvigorate the ancient trade routes that once linked East and West. More than 40 countries and international organizations have signed agreements on the Belt and Road Initiative.

Widely known as a man of the people here, President Xi Jinping is determined to cutting the number of poor people in China. The Xi-style of diplomacy addresses unbalanced development in a community of connectivity to promote a stable global trade. Reject dominance and allow development prosperity to be shared by all. A community of common destiny, partnership, security, universal cooperation and working with all countries.

But there has been criticisms, some analysts say China is leaving neo-colonial marks around its initiatives especially in Africa where China is underwriting billions in railways networks citing the Madaraka Express railway network linking Ethiopia, Kenya, Tanzania, Zambia, to Zimbabwe in return for Africa’s raw materials, markets and monopolizing but China says the concept has shown that all countries are linked together for a common destiny.

Launched exactly four years ago this month as “Silk Road Economic Belt”, it involves China underwriting billions of dollars of infrastructure investments in countries along the old Silk Road linking it with Europe. The ambition is immense. China is spending roughly $150bn a year in the 68 countries that have signed up to the scheme. Understandably, a handful European leaders and America are not showing interest. For the most part they have ignored the implications.

In a lecture to 40 seminar participants drawn from Ghana, Mauritius, Tonga and Vanuatu Islands, Laos, Vietnam, Cambodia, Tanzania, Lebanon, Pakistan and Afghanistan, in a month– long training on “ the Construction of free Trade under the Background of Economic Globalization” Prof Hong tells of how China’s ambition of pushing to network major countries along its route is more of finding a common ground, “which means we are aiming for a better life for the Chinese people and for the peoples of participating countries”. China is pursuing this with huge financial muscle. In the next five years, China’s imports will surpass US$10trillion-worth and its outward Foreign Direct Investments (FDI) will surpass US$500billion” authorities here say.

Prof Hong notes that as China achieves high economic model growth, its seeks to use its economic and infrastructure strength to assist other developing countries to participate in its achievements and share “in the spirit of Chinese tradition” for economic development.
Lecturing through an interpreter, she adds that every country needs to take its competitive advantage to reap the benefits of a globalized trade. Citing bad roads, as example that inhibits movement of goods and services, she holds the view that these are critical to the opening up of many under-developed countries that needs assistance. And these are the areas China seeks to assists with Belt and Road initiative.

Recollecting how standard of living has improved and poverty reduced since China opened her economy up to FDI, she said others will say China is looking for outlets to unpack her excess capacity but that will serve as a catalytic stimulus to those countries she asserted. The ideal funds accumulated over the years surely will help others that don’t have it. The project emphasizing on infrastructural, connectivity, technical cooperation, and people to people diplomacy is a win win strategy. “A road map of peace, prosperity, and civilization between participating countries”.

Known for staying out of a country’s internal politics, China has managed to respect every country’s sovereignty, values and its social systems, the Belt and Road Initiative does not seek any political interests. Illustrating, she said over 600 billion has already been spent at various stages along the participating countries since 2014.

In furtherance of its advancement, media reports that over a hundred judges and officials from 16 countries attended the first ever Silk Road International Forum on Judicial Cooperation held in the city of Dunhuang, northwest China’s Gansu Province last Tuesday. The gathering focused on a number of legal issues, the rule of law, judicial reforms and cross-border disputes as the process evolves, providing an opportunity for legal solutions that will be needed to potential disputes that certainly will come-up in countries along the Belt and Road.

Attendees agreed that there is no doubt that as economic activities increase, disputes would arise among countries involved and this requires the buildup of an open, fair and transparent legal environment to properly serve investors and entrepreneurs interests.

Participants at the forum expressed belief that dialogue is the first step to reaching that goal. But the process is a long one, considering differences in political systems, religions, and cultures, among others. Reports say the platform allowed the Global China Law, an electronic database of China’s laws and legal cases, written down in Chinese and English to be lunched. The event also witnessed a memorandum of understanding among participants pledging commitment to cross-border working relationship as the concept evolves.