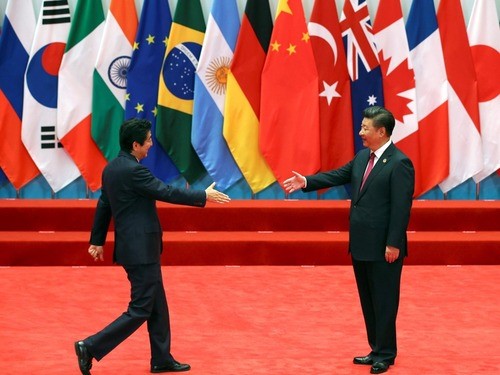 Chinese Foreign Minister Wang Yi on Wednesday reiterated China’s clear-cut willingness to improve relations with Japan for the benefits of both peoples, but stressed that China hopes all peace-loving people in Japan will make sure their country will head in the right direction in this important anniversary year. 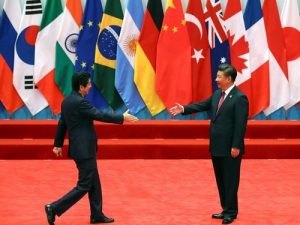 Analysts said that the ties between China and Japan, world’s second largest and third largest economies, exert considerable influence not only in the region, but the world at large. The whole world is now closely following the trend of relations between the two major Asian nations in this special year.

Wang made the remarks when asked by TV Asahi on China-Japan ties in this special year at a press conference on the sidelines of the annual session of the National People’s Congress.

“These two anniversary dates represent two totally different paths, the one leading to peace and friendship and the other to war and confrontation,” the minister said.

He further explained that eighty years ago, Japan launched full-scale invasion of China, inflicting horrendous suffering on the people of China and other Asian countries and pushing itself into the dark abyss, while forty-five years ago, Japanese leaders drew the right lesson from history and mended relations with its neighbor, thereby realizing fast development at home.

Noting that some people in Japan are still torn between the two paths and try to reverse the course of history, Wang called for all peace-loving people in Japan to make sure their country will head in the right direction in this important anniversary year.

“Of course, we want to improve relations with Japan for the benefit of our two peoples. But first of all, Japan has to adopt the right frame of mind, be sensible and come to terms with the fact of China’s development and revitalization,” the diplomat reaffirmed the preconditions.

China hopes to push forward bilateral ties by making the most of key chances including the 45th anniversary of the normalization of China-Japan diplomatic ties as well as the 40th anniversary of the signing of the Treaty of Peace and Friendship between China and Japan next year.

Chinese President Xi Jinping, when meeting with Japanese Prime Minister Shinzo Abe last September in Hangzhou, told the latter that China’s basic standpoint to improve its relations with Japan has not changed.

Xi stressed that China and Japan should adhere to their four political documents and the four-point principled agreement reached in late 2014, in a bid to ensure that their political foundation of bilateral relations will stand firm.

The two countries should properly “manage historical issues, and prevent new issues from emerging” in a bid to cut back on the “stumbling blocks,” Xi added.

Former Japanese Prime Minister Tomiichi Murayama told the People’s Daily that at this important time node, Abe should apologize to Chinese people at Memorial Hall of the Victims in Nanjing Massacre by Japanese Invaders, Crimes Exhibition Hall of Japan’s Unit 731 or other memorial venues to commemorate the event.

“Japan should keep firm to the four political documents and the four-point principled agreement,” he underlined, urging Abe administration to face up to history, respect historic facts, and avoid making wrong decisions on Diaoyu Islands, Yasukuni Shrine and other agendas.