The seminar, which is being organised by the Chinese Ministry of Commerce and the Department of Commerce of Hunan Province, in collaboration with the Hunan International Business Vocational College, is being attended by 50 participants from 17 developing countries including Ghana and Botswana. 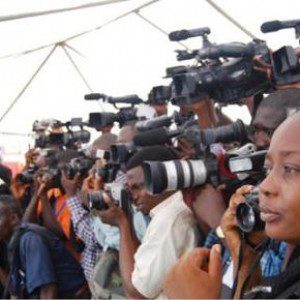 In addition, the Chinese Government is also holding two other similar seminars simultaneously in Changsha for 20 officers from the Ghana Revenue Authority and five staff of the Ministry of Power.

The various workshops seek to build the capacity of participants in their field of endeavour and to help strengthen China’s relationship with other developing countries.

Mr Li Peng, the Deputy Division Chief of Laws and Regulations and International Business and Trade Relations of the Commerce Department of Hunan Province, in his address at the opening ceremony of the media seminar on Thursday said China as the largest developing country in the world, advocates developing and reinforcing cooperation and solidarity with other developing countries.

He said with the stable development of economy, Chinese movie and TV media industry had made a huge progress.

He explained that as result of this, the Hunan Broadcasting System seeks new way on the application of new media and the operation of new capital, and made a good result both on economy and society.

He said with the Hunan Network Television, TV media in Hunan province plays an influential role in China; hence its choice as the venue for the seminar.

He said the success of the seminar would serve as an impetus for other countries in their neighborhood and other developing countries to link up with China.

Hunan Province is located in the central part of China. It covers an area of 210,000 square kilometers and has a population of 7.17 million people.

Hunan is also known as “the land of fish and rice”, “the homeland of non-ferrous metals and non-metallic minerals”.