dpa/GNA – China reported over two hundred new cases of the novel coronavirus on Saturday, as new outbreaks threaten to undo the country’s success in containing the virus one year on from the lockdown of its initial epicentre, Wuhan.

There were 206 new cases in total – 99 of the 107 new symptomatic cases reported on Saturday were locally transmitted, with 17 imported from abroad. A further 99 new cases were asymptomatic.

The north-eastern provinces of Heilongjiang and Jilin, the latest virus hotspot, accounted for 69 of the new clinically diagnosed cases.

Fifteen cases were reported in Hebei Province, where an outbreak in the provincial capital Shijiazhuang in early January still has not been brought to heel despite mass testing and lockdowns.
Beijing and Shanghai also reported three cases each.

The new spikes in Covid-19 cases in the country’s north come as China marks one year since the start of the 76-day lockdown of Wuhan, where the virus first emerged in December 2019.

Authorities are now urging people not to travel in the lead-up to the Lunar New Year in mid-February, one of the year’s most important holidays and a time of family reunions when millions of urban residents return to see family in their hometowns.

China’s reticence in 2020 to impose travel restrictions before the start of the annual mass migration has been blamed for enabling the virus to spread domestically and internationally. 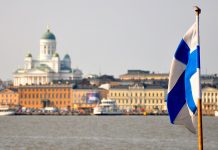 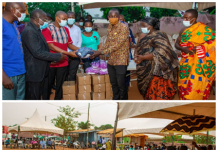 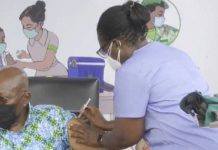