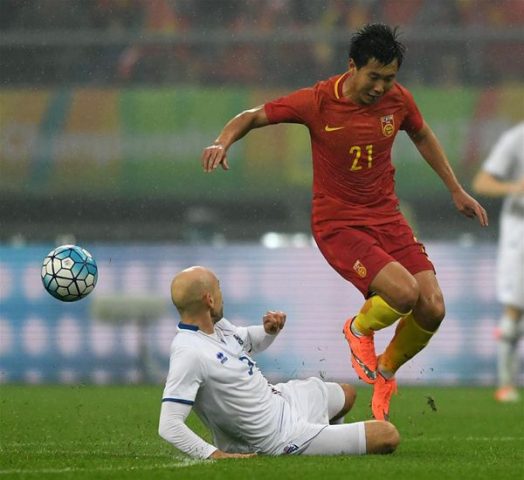 Iceland too hot for hosts in inaugural China Cup.

Marcello Lippi’s China team will have to be content with a play-off for third pace at the China Cup after losing to Iceland 2-0 in the new international friendly tournament’s opener on Tuesday.

Following a goaless first half, Kjartan Finnbogason opened Iceland’s account 20 minutes after the restart and Aron Sigurdarson completed his nation’s win a minute before full-time.

Iceland will now go up against the winner of the match between Chile and Croatia which is to be played on Wednesday, while China will face the loser on Saturday.

Marcello Lippi’s side are currently bottom of Group A in the third round of qualifying for the 2018 FIFA World Cup with one point from five games. They have, however, already qualified for the AFC Asian Cup UAE 2019.