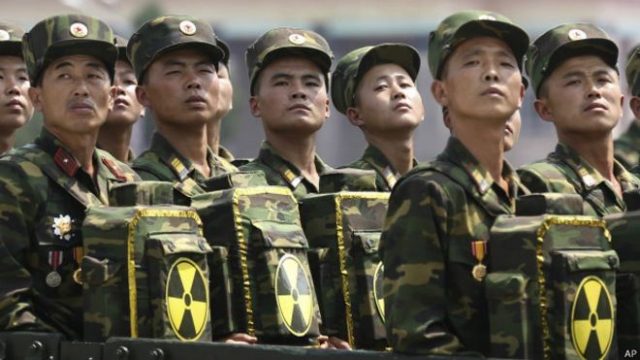 China proposed “double suspension” to defuse the looming crisis on the Korean Peninsula, said Chinese Foreign Minister Wang Yi on Wednesday, suggesting the DPRK suspend its missile and nuclear activities in exchange for a halt of the large-scale US-ROK exercises. 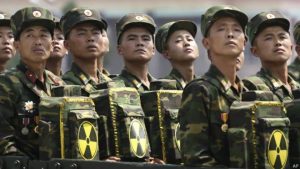 “This suspension-for-suspension can help us break out of the security dilemma and bring the parties back to the negotiating table,” Wang said at a press conference on the sidelines of the ongoing annual session of the National People’s Congress in Beijing.

Wang’s statement came as tensions are rising on the Korean Peninsula once again. The DPRK has ignored international opposition and insisted on advancing its nuclear and missile programs in violation of Security Council resolutions, while the US and the ROK are conducting large-scale military exercises and putting more military pressure on the DPRK.

“The two sides are like two accelerating trains coming towards each other with neither side willing to give way”, Wang said, adding that the current priority is to flash the red light and apply brakes on both trains.

The minister stressed that the nuclear issue on the Korean Peninsula is mainly between the DPRK and the US, but China, as a next-door neighbor with a lips-and-teeth relationship with the peninsula, is indispensable to the resolution of the issue.

“Indeed, China has done its level best to bring the DPRK and the US together and to chair the Six-Party Talks,” Wang said, adding that the country has also contributed to the adoption and implementation of Security Council resolutions.

He pledged that China will try to switch the issue back to the track of seeking a negotiated settlement by playing a role like the “switch-man” on railway.

China has stressed in a number of occasions that it is a shared responsibility to maintain the peace and stability on Korean Peninsula and the Northeast Asia at large since such a result meets all sides’ interests.

The DPRK’s state-run Korean Central News Agency reported that the country fired four “ballistic missiles” in an exercise on Monday as a response to the military drills by Washington and Seoul. The report did not mention the time and site of the launch.

The ROK and the US kicked off their joint springtime war games codenamed “Foal Eagle” on March 1. The two-month-long and “largest-ever” military exercise will also simulate the use of Terminal High Altitude Area Defense (THAAD).