At the invitation of President U Win Myint of the Republic of the Union of Myanmar, Chinese President Xi Jinping will pay a state visit to Myanmar from Jan. 17 to 18. The visit is expected to help enhance bilateral ties and further promote joint efforts of the two countries to build on past achievements and continue to forge ahead.

The upcoming visit, which coincides with the 70th anniversary of the establishment of the diplomatic ties between China and Myanmar, will also mark the first visit by a Chinese president to Myanmar in 19 years.

The forthcoming visit of Xi to Myanmar is worth the anticipation of both countries. The trip to be embarked on by Xi is expected to serve as a great occasion for the two countries to review past experience and formulate a new blueprint for the future, which will enable China and Myanmar to further enrich bilateral ties, make concerted efforts to build a community of shared future for China and Myanmar, and start a brand new journey of China-Myanmar relations.

China regards Myanmar as an important partner in the joint construction of the Belt and Road. The two countries enjoy significant complementary advantages and huge potential for cooperation.

The government of Myanmar has established a specialized steering committee for the implementation of tasks relating to the Belt and Road Initiative (BRI), and appointed Myanmar’s State Counselor Aung San Suu Kyi as the chair of the committee.

On Sept.9, 2018, China and Myanmar signed a memorandum of understanding (MOU) on jointly building the CMEC.

Myanmar has supported the BRI since the very beginning, and has actively expanded cooperation with China, noted Aung San Suu Kyi during her meeting with Xi in Beijing ahead of the second Belt and Road Forum for International Cooperation in April 2019.

With the deepening of the two countries’ efforts to further the joint construction of the Belt and Road, the two peoples have enjoyed increasing sense of gain.

As the pilot project in the construction of the Belt and Road, the completion of the China-Myanmar oil and gas pipeline project has solved the problem of oil and gas supply in the downstream market and helped Myanmar realize foreign exchange earnings from the export of oil and gas, bringing considerable economic revenue to Myanmar while effectively boosting the country’s employment and social and economic development.

The Letpadaung copper mine project operated by a Chinese company in Monywa, Myanmar, has realized win-win results for multiple parties, including Chinese company and its Myanmar cooperative partners, as well as the government of Myanmar, adjacent communities of the project, and employees in the copper mine.

According to credible reports, the project has helped more than 30 neighboring villages of the copper mine embark on the path to prosperity.

The efforts of China and Myanmar at deepening cooperation in high-quality construction of the Belt and Road and facilitating the CMEC’s development from concept planning to real construction have brought more genuine benefits to the two peoples.

As the long-standing China-Myanmar “Paukphaw” friendship gains new dynamism and signals new momentum of cooperation because of Xi’s upcoming state visit to Myanmar, the event is also regarded as a happy opening of the journey of Chinese diplomacy in 2020.

With China and Myanmar endeavoring to promote bilateral relations, strengthen connectivity, promote the construction of the CMEC, and lift China-Myanmar ties to a higher level, the two countries will jointly create a bright future for their friendly cooperation. 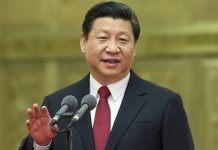 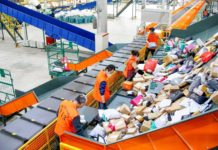 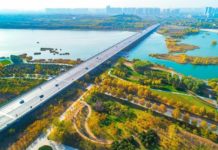 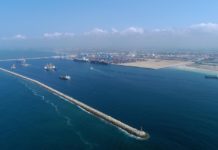 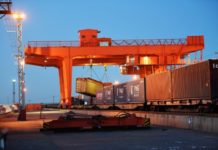